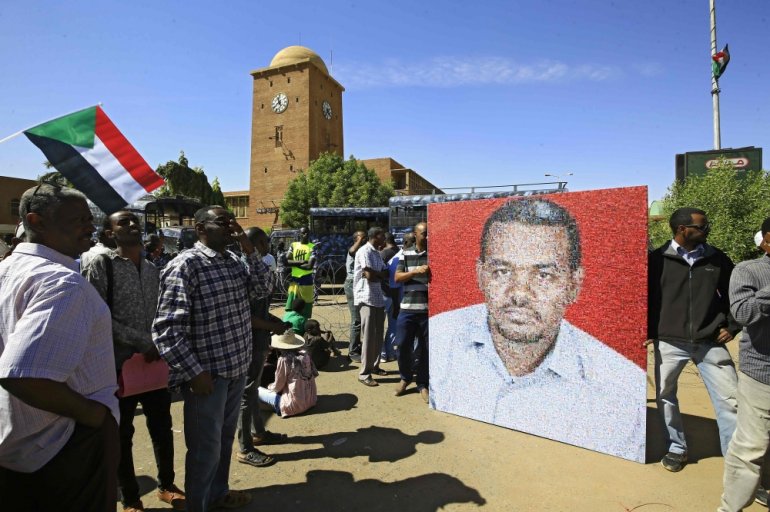 Sudan Sentences 29 Intelligence Agents to Hang |Sudan 29 secret agency personnel sentenced to death for teacher’s murder. Sudan court has sentenced 29 officials of the National Intelligence Service to death for detaining a teacher who protested against former president Omar al-Bashir. According to Reuters, officials who tortured the protesters for decades before or even after ousting Umar al-Bashir, who ruled Sudan for decades, do not receive such a huge punishment. Informing the court’s decision, a lawyer said that the judge sentenced 27 members of the intelligence agency to the central city of Kasala in the eastern state of Kasala, while the other two agents, who were sentenced to death, belonged to the same city, Khashm al-Garba. The teacher was killed he said the judge sentenced 13 personnel to prison while 4 persons were acquitted. All those sentenced can appeal against the judgment of the court.

The death of teacher Ahmed al-Khair in the custody of the government agency became the starting point for protests against the former president, whose family said government officials had previously claimed that he had died of poisoning. Government investigations confirmed he died of violence. Ahmad al-Khair’s brother Saad said after the court verdict, Today is the day of victory for justice, victory for all Sudanese and victory for the revolution. There were hundreds of people outside the courtroom in Oudarman, Sudan, awaiting the verdict, most of which were holding the national flag of Sudan and taking pictures of Ahmed al-Khair. The court verdict comes when all the participants there started celebrating. The Sudanese Professional Association SPA, which launched a protest against former president Umar al-Bashir, said the decision restored confidence in the judiciary. He said This decision marks the first reward for the martyr of the revolution and for the martyr the procession will continue. It is understood that dozens of people were killed by security forces during the protests against former president Umar Balashir in early 2019. Sudan’s court December 14 sentenced former president Omar al-Bashir to two years in a corruption case, which was one of several cases filed against him. A long-time Sudanese ruler, Umar al-Bashir, was ousted by the army in April this year as a result of public protests, following which corruption cases were instituted against him.

After ousting Omar-ul-Bashir, the army took power, which intensified the protests, and the protesters demanded that the army leave the government and go back and civilians were given the right of the government had to compromise. The army also opened fire on protesters June 3, resulting in the death of several people, but many of the soldiers responsible for the violence were fired. Negotiations between the military council and the political leaders continued for several months, and a joint governance agreement was signed in August, signed by both sides. There is currently a joint civilian and military council government in Sudan with the responsibility of gradually transferring the government to the civilian hands.