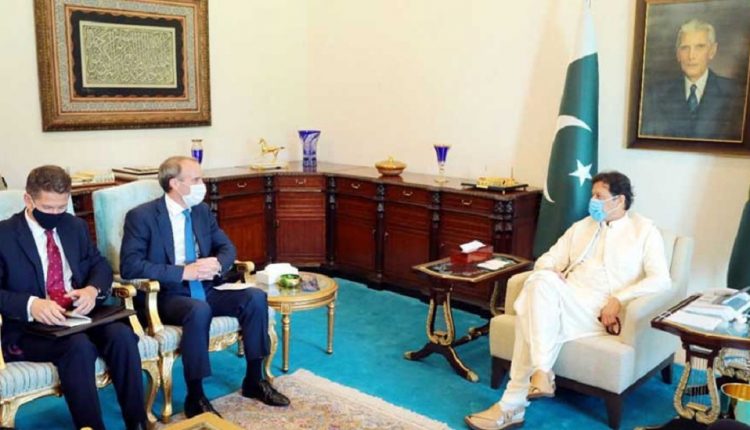 PM Imran Khan stresses The Need To Solidarity With Afghans

The statement recalls that PM Imran Khan spoke by telephonic to Boris Johnson about Pakistan’s view on the changing situation in Afghanistan.

He also stressed the importance of a stable, peaceful, and secure Afghanistan for Pakistan’s stability and region.

Prime Minister Imran Khan stated that the international community must stand with Afghans, engage in positive engagement, and provide incentives to ensure a peaceful, stable, inclusive, and inclusive society.

The Prime Minister warned against “spoilers” both within and outside Afghanistan that could lead to instability.

This was Imran Khan’s comment during a meeting with Dominic Raab, the British Foreign Secretary. He called him in Islamabad.

The Prime Minister stressed the importance of a secure, peaceful, and stable Afghanistan for Pakistani stability and regional stability.

He also alerted the UK to the grave human rights violations in Indian Illegally Occupied Jammu and Kashmir, which included the brutal snatching of the mortal remains and the inhuman killing of Syed Ali Geelani, a senior Kashmir leader.

According to the statement, PM Imran Khan stated that it was crucial to stabilize the security situation in Afghanistan and take steps to consolidate peace.

The premier stated that it was crucial to prevent a humanitarian crisis from escalating and stabilize the economy in this situation.

PM Imran Khan stated that the international community stands in solidarity with Afghans, engages in positive engagements, and provides incentives to ensure a peaceful, stable, and inclusive country.

He also warned of the potential role of “spoilers” both within and outside Afghanistan that could cause instability.

While discussing bilateral relations between Pakistani and British India, PM Imran Khan noted the long-standing relationships between the two countries and the “strong people-to-people ties.”

He expressed concern about Pakistan’s inclusion on the UK’s travel black list, which has caused inconvenience for individuals with nationalities from both countries.

Raab and Shah Mahmood Qureshi held a joint press conference earlier in the day. Here, he indicated the UK’s intention to engage with the Taliban government.

He arrived in Islamabad Thursday night to visit Pakistan for a two-day meeting to discuss bilateral relations and the current situation in Afghanistan following the Taliban’s invasion.

The Prime Minister also noted that the relationship between the two countries is long-standing and has people-to-solid people ties.

He expressed concern about Pakistan’s redefinition, which would cause inconvenience for dual nationals.