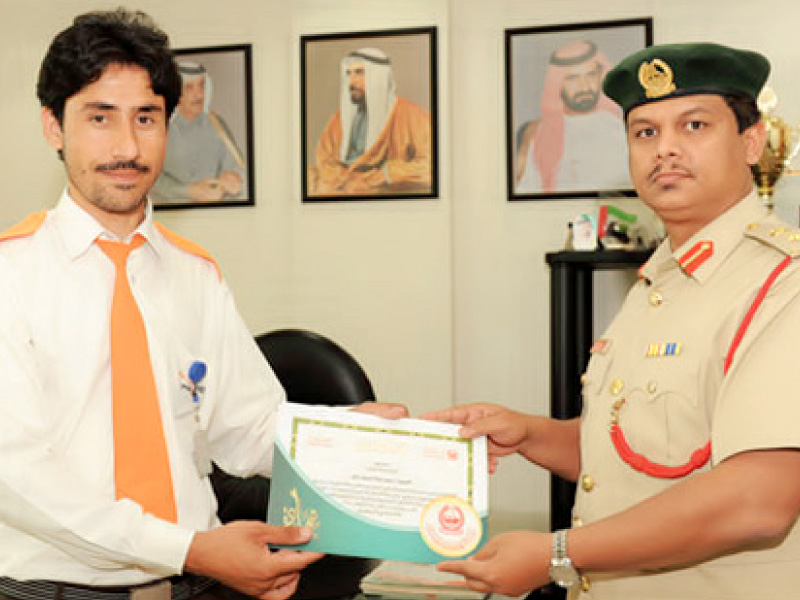 However, at times, there are examples of the accomplishments and honesty of the Pakistani people, which makes the pride of the entire Pakistani community in the UAE proud and happy. One such taxi driver has been exposed whose honesty is being discussed throughout the UAE. Even the Emirati newspaper has published exclusive news about the duty and the honest taxi driver. According to details, Pakistani driver Shamshad Milling is based in Kalba, Sharjah city for employment. A few days ago a passenger boarded his taxi. But on the way down, I forgot my money in the taxi. When Shamshad Milling later looked at the back seat of the taxi, he saw a bag, when he opened the bag, it contained around fifteen thousand dirhams, which is around Rs.5 lakh in Pakistan rupees. Shamshad decided under the sentiment of honesty that he would deliver the bag full of money to its original owner. Shamshad immediately contacted the transport authority and told them about the bag and the money in it.

After which the passenger was tracked and his lost security was restored. Sharma Roads and Transport Authority Director Abdul Aziz Al Jarwan called on Shamshad Milling at his office to honor him with a special certificate and a shield. It is to be noted that a special department has also been set up by the Sharjah Transport Authority to convey the lost baggage of passengers in buses and taxis. Which works 24 hours. Similar departments are also operating in other UAE states, Dubai and Abu Dhabi. All individuals can report a missing or missing item by reporting 800 90 90. He is being honored by Pakistanis for his honor in honor of Shamshad Milling for his honesty and expressed hope that other Pakistanis will consider Shamshad Milling as a role model and set new examples of honesty.

Huawei’s try to remain in the global market