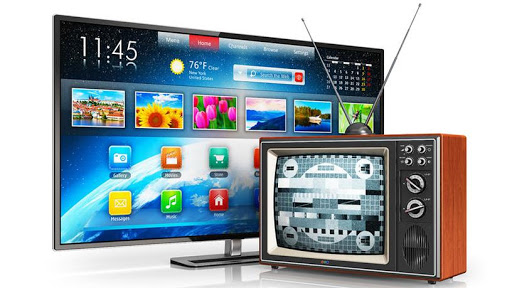 World Television Day is being celebrated today|World Day of Television is being celebrated worldwide on November 21, including Pakistan. Where the trend of social media has grown over the past 15 years, the importance of watching TV still holds its place. The history of private televisions in Pakistan is not so old. Prior to 2000, the only talk of official TV in the whole country, there were two private channels, but they were not popular, but during the era of former President Pervez Musharraf, private television was started in Pakistan and While watching, there was a line of news channels ranging from news channels to sports and entertainment to several major channels. Official television in PTV Pakistan began on November 26, 1964, at the Lahore station. The Government of Pakistan decided to open a television station in Lahore and Dhaka on November 26, 1964, in collaboration with a Japanese firm, Nippon Electric Company, on October 19, 1964, and Lahore on November 26, 1964, and December 25, 1964, in Dhaka. Vision stations opened. The two stations initially used to broadcast three hours a day, and there was no TV broadcast on Monday, one day a week. Moreover, not all TV programs were ready at the station, but most of the broadcast was imported. And the documentary was based on informational programs. The first drama on PTV was a presentation. In Pakistan, the official channel of PTV is often referred to as the Golden Age, when the broadcast of TV started with the word Pak and national anthem and it ended at 12 pm with recitation and national anthem. For those who grew up in the ’80s, this morning’s program at 7pm will not be missed. Today, programs that appear on TV in the early morning have been called Morning Shows. It is estimated that there are more than 120 private channels operating in Pakistan, most of which are broadcast 24 hours. The majority of these channels are from Pakistani channels. There are at least 35 news channels operating in Pakistan, which are the basis of drama, sports, music, fashion, cooking, and religion. In addition, about 19 regional channels are also operating in Pakistan. The number of foreign channels operating in Pakistan is different. Some foreign TV channels are operating without any censorship policy or government approval, behind which is the lobby of cable operators. According to a Gallup Pakistan report, Pakistani people watch an average of 117 minutes of TV a day. It is estimated that by 2023, the number of TV viewers worldwide will exceed 1.74 billion. It is also worth mentioning here that this day of November 21 not only highlights the importance of the people involved.