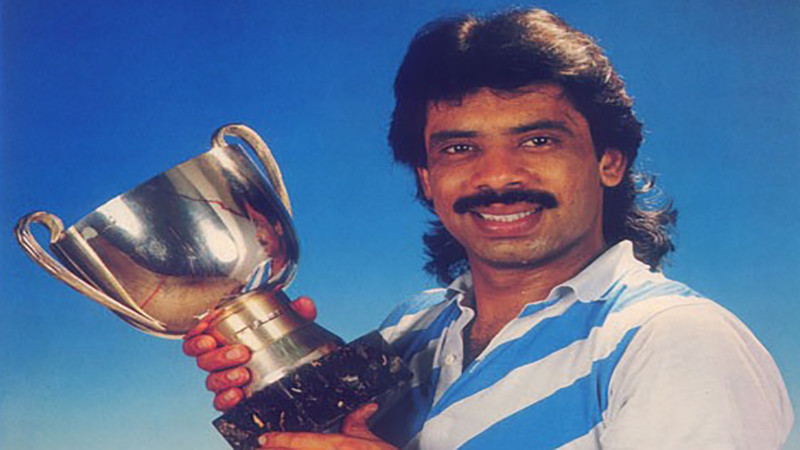 World Squash Champion Jehangir Khan Life story |Jehangir Khan a long reign of a conquering scholar. On November 28, 1981, the world truly came to be known as Jahangir Khan when he defeated Australia’s Jeff Hunt in the World Open finals in Toronto and became the youngest world champion in the world. In other words, it was the beginning of a long reign of a conquering scholar.
For Jahangir Khan, becoming a world champion was actually a dream come true that no one else but his older brother Tarsum Khan dreamed of but life did not prosper and when Jahangir Khan became world champion, he was not in this world. It is coincidental that Tarsem Khan died on November 28, 1979, exactly two years before Jahangir Khan became World Champion. He fell to the squash court while playing the Australian. Jahangir Khan says that his older brother, Sim Khan, had a profound influence on his career. He was living with them in England at his request. Tarsem Khan thought he would be able to play squash better in England as well as education.
Jahangir Khan well remembers that when he won the World Amateur Squash Championship at the age of only 15, Tarsum Khan was not with him in Australia but he spoke to England by phone before every match. And as they knew about the rival player, they would guide them on how to play against it. Jahangir Khan says Tarsum Khan was everything to him, which is why his death left him traumatized and he decided that he would not play squash again. ‘Father said I do not want to lose another son.
After Tarasim Khan’s death, Jahangir Khan was taken over by his cousin, Rahmat Khan, who was also playing professional squash, but for Jahangir Khan, he had to finish his career.

Rahmat Khan says he is well remembered when Roshan Khan told him that one son was gone and now he does not want to lose another son whom he had told Roshan Khan that it was Tarsum Khan’s wish that Jehangir World. Become a champion and we have to fulfill that wish.
Rahmat Khan said he wanted to take Jahangir Khan with him to England for training, but Air Marshal Retd Noor Khan believed that Jahangir should be trained in Pakistan, but he later allowed it. Take Jahangir Khan with him but on the condition that he accept the responsibility of making Jahangir Khan the World Champion within three years otherwise, he will be accountable to the nation. Five months after becoming the World Champion, Jahangir Khan also defeated the British Open title for the first time. In the years to come, this British Open will be remembered as the only and only Jahangir Khan who has won a title for ten consecutive years and has made a new history. Prior to Jahangir Khan, the record for winning the British Open eight times was set by Australia’s Jeff Hunt.