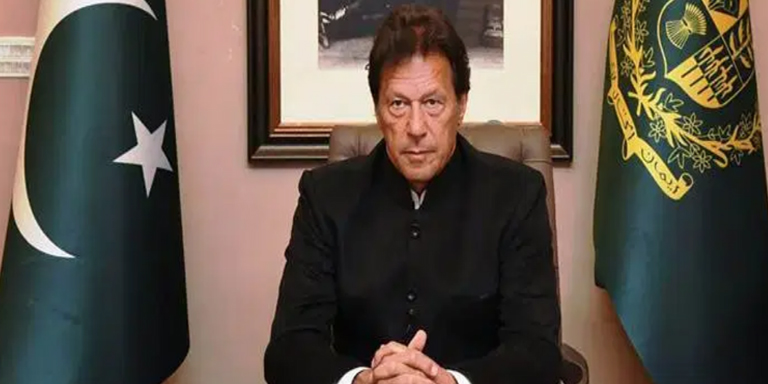 World media will cover Kashmir like Hong Kong protests: Imran Khan | Hong Kong is a part of China but occupied Kashmir is not part of India. Modi made the final address, fooling the idiot, millions of people in fear of death in Kashmir immediately after the curfew. Will come out on the streets later. Prime Minister Imran Khan addresses the Kashmir rally.

Prime Minister Imran Khan convinced the world that the global media should give coverage to Kashmir like Hong Kong protests, Hong Kong is part of China but occupied Kashmir is not part of India, Modi has made a lasting impression in Kashmir. The fear of death is gone, millions of people will be out on the streets as curfew increases. This is the path to Kashmiris’ liberation. Chains of human sympathy were also formed to unite the Kashmiri people in the protest.

Prime Minister Imran Khan was addressing a rally organized to unite Kashmiris in Islamabad today. He said that 80 million people have been locked in Indian Army curfew in occupied Kashmir, international media showed on the front page of the Hong Kong Movement, killing two people and injuring two. Close to home, not equal to global media coverage, over one lakh Kashmiris have been martyred in the last one year.

When they demand the right to decide their lives, they protest and the Indian army standing in front of them oppresses them. “This is the double standard in the world that the media is protesting globally in Hong Kong,” he said. Which is part of China and Kashmir which is not part of India? But trade and money here are important for countries. In prayer, the man also speaks of guidance. We are trying. We are trying our best.” Are doing. ” Are doing. “Are doing.” Are doing “They will – Kashmiri.”

Imran Khan said Insha Allah will see that our movement is a movement for the rights of Kashmiris, it will become a sea, I did not know whether I am aware of the world leader in the United States but now the talk has started to spread. There has never been such hard work and rhetoric in the Security Council and in the world. He said that Modi has done a great fool, Modi has given the last address and he thinks that Kashmiris will be treated like sheep. Because India has changed its constitution illegally for fear of killing Kashmiris, Kashmiris are struggling to reach it as millions of people will be out on the streets in curfew. Obviously, this is the path to Kashmiris’ freedom.