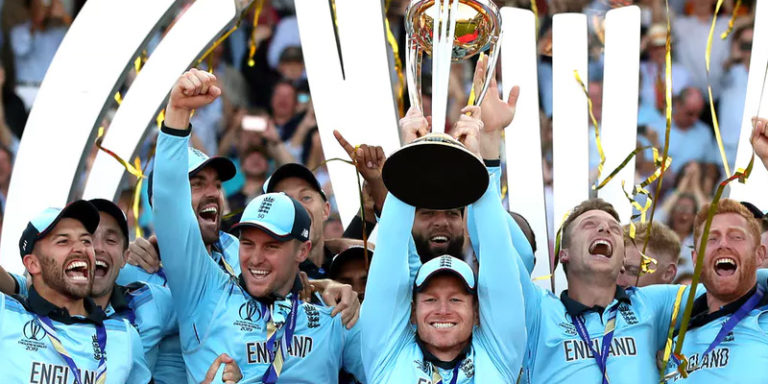 World cup real hero? In the final of the Dubai World Cup, the Sri Lankan empire Dharmasina made an extra run over the overthrow and the same run led to the victory of England, the match was equalized in this thrilling final match and the match was decided by super overs. However, the score for both teams remained the same but England was declared the winner on the basis of more boundaries, after which the umpire also admitted that he had made a mistake. Which demanded the ICC Changing the final decision to withdraw the trophy from England, the ICC Cricket Governing Body has ignored the umpire’s error in this final and supported a run, says the ICC. That stands in line with Empire Dharmasena’s decision, adding that the Sri Lankan empire Dharmasena made the best umpire in the intense pressure of the World Cup final. Thus, the ICC has rejected the demand for a joint World Cup trophy to England and New Zealand. Now the World Cup trophy will remain with England for the next four years and England is the winner of the 2019 World Cup. It should be noted that former international cricketers have called for changes to the rules by the International Cricket Council (ICC), criticizing the law on the team to be declared a winner on the boundaries. Former Australian player Dan Jones said New Zealand was unlucky. The ICC needs to revise its rules, the Super over was equalized and there should be another Super Over. Former Indian player Gautam Gambhir declared the two teams as winners and said that the decision of the World Cup final was in Boundary County. Former India All-rounder Yuvraj Singh agrees with rules Did not.