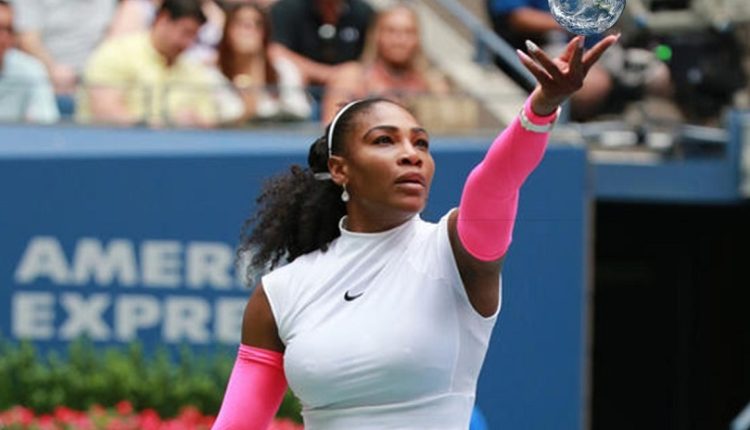 Williams, Serena Jameka, was born on September 26, 1981. She is a retired professional tennis player from the United States. She is regarded as one of the best tennis players of all time and held the No. 1 singles worldwide for 319 weeks, including a joint-record 186 straight weeks. She also concluded the year as the No. 1 player five times.

Serena Williams is one of the tennis community’s most well-known and recognizable names. She is an incredibly brilliant and skilled tennis player who always gives a powerful performance that leaves her opponents spellbound.

She and her sister Venus set an Olympic record by winning three doubles golds together.

Williams’ native tongue is English, although she also has conversational French, some Spanish, and some Italian. She conducted her on-court interviews in French at the French Open in 2013, 2015, 2016, and 2018, much to the delight of the spectators.

Due to her high-risk playing style, she frequently makes both forced and unforced errors. Williams’ serve, regarded as the best in women’s tennis history, is her strongest suit. She often serves aces thanks to her rapid pace and precise placement on the ball; in the third round of the 2013 Australian Open match against Ayumi Morita, she hit the third-fastest serve in WTA history with a serve of 128.6 mph (207 km/h).

Williams revealed that she was working on a TV show plot at the 2009 Wimbledon Championships and that her agency would turn it into a script.

She is the first tennis player to complete a grand slam in both singles and doubles during their prime career.

She ranks second in the open era and third overall in terms of Grand Slam victories.

At 31 and 4 months old, she was the oldest player to hold the top spot in 2013. She now holds the record for the most Grand Slam women’s singles victories.

She made her engagement to Reddit co-founder Alexis Ohanian public in 2016.