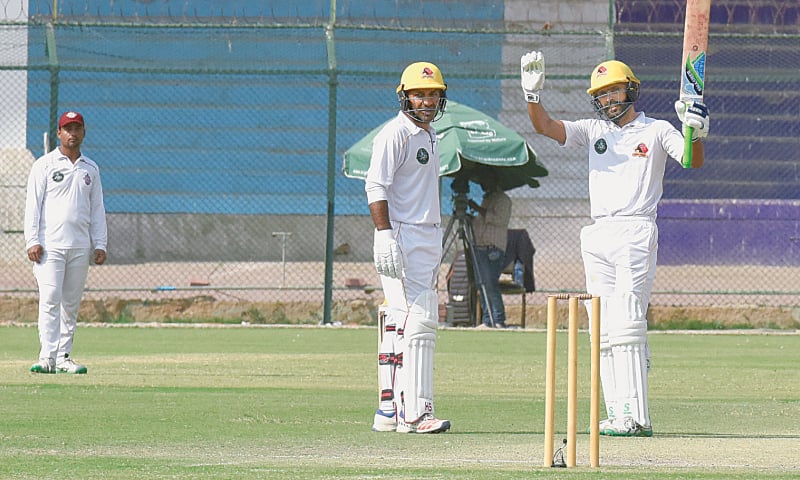 Why Fawad Alam is not in the team |The family also asks why you do not select the Pakistan team. Fawad Alam, who has been consistently overlooked by selectors despite having scored consistently in domestic cricket, said that he did not know why he was not selected in the national team and most of the housemates also questioned him. In the ninth round of the Quaid-e-Azam Trophy, Fawad Alam scored a brilliant double century against Southern Punjab to save his team from total destruction and also completed 12,000 runs in domestic cricket. Talking to reporters at the National Stadium today at the end of the match, Fawad Alam said that despite being selected in the team, it is thanks to Allah that I am considered one of the best players in the world in domestic cricket and it is a welcome thing. Yes, I take this as a challenge so that I can perform in domestic cricket and if I do not show up then my name is not going to run.

After making a century in the match, Fawad Alam made a special gesture and left-handed batsman on the question made it clear that he had made this gesture only for Khurram Manzoor because he used to say that you are making a century. You only call them after that so I specifically mentioned this to them. On the question of not being selected in the national team despite the performance, Fawad said that he was asked many times for not being selected in the national team. The family also asks, but cricket is our livelihood and performing. It is our job.
Fawad Alam said that it is the selection committee’s job to nominate the team and I do not think I have to answer. In response to a question, he said that domestic cricket is the platform of performance for every player and on this basis he is selected in the team.

He credits his constant good and consistent performance in domestic cricket with his father’s head and said that despite being good and deserving, it is very sad to be a player but not my name. They are very encouraging and call me a fighter. He said I have seen cricket daddy and no one has done as much support as he has done at home till now. If I am sitting here today, the result of his support after Allah is, Negative thinking does not come to mind. Fawad Alam demanded some time, calling the new domestic structure better and more prosperous and said that we are seeing the good quality in this new system, we are seeing the same quality at the domestic level which is good for Pakistan. Get playing. He said that in the first few departments we had these facilities but now all the players on board are getting the same facilities like stay at the Five Star Hotel, the daily allowance, match fees are getting good and over time these things get more. Will get better the match against Southern Punjab was good, we could have done better in the first innings but in response to the rival team’s 517 runs, our three wickets fell quickly and after that, we lowered the match,” he said. Given this, the draw is also our win.