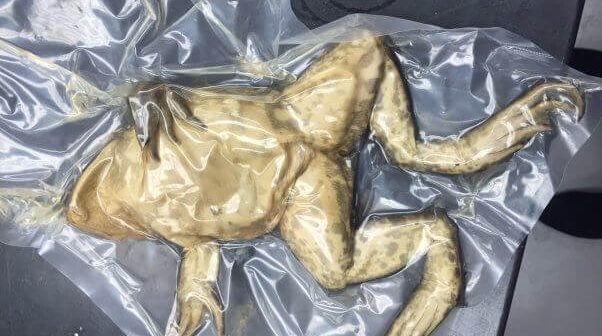 Where were the dead frogs being taken?

Where were the dead frogs being taken?

After a news was published in a local Urdu newspaper, the social networking site started circulating a twisted story on Twitter. The story claimed that a man was arrested with 185kg of dead frogs that were being taken for sale in restaurants in Lahore. The report turned out to be false after an investigation by Representative Saima. Social media was claiming that dead frogs were used in burgers and showrooms made at these restaurants. Since then, social media has been spreading the news that after the donkey and dog meat, the citizens of Lahore are now being fed the frog meat. But that’s not it. In fact, the two men were taking the frogs for sale in a laboratory on the Abkari Road, which they then had to provide at various medical universities where students used them for practice. The police called the Wildlife Department after detaining the two men who said there was no law regarding frogs, so this case does not come under our jurisdiction. Police then released the two men while the frogs were evacuated.