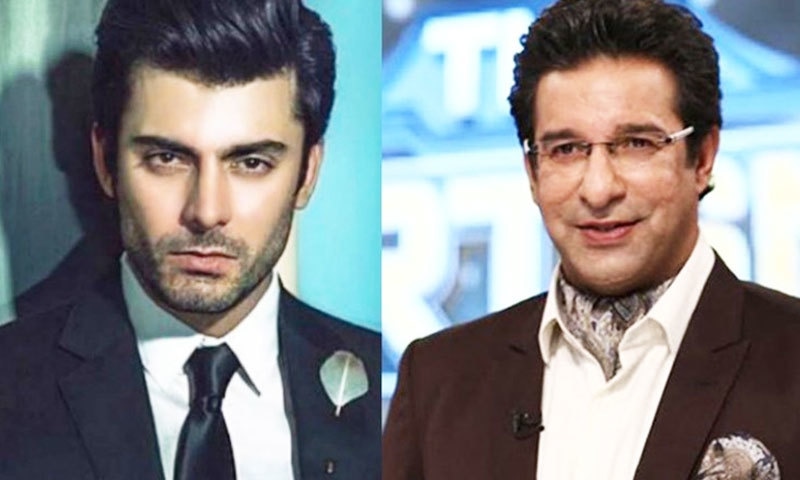 Waseem Akram is ready to make a name in films after cricket|Former captain of Pakistan cricket team and Sultan Waseem Akram of Swing has been watching TV for a while and fans are watching the advertisement. But it is likely that his fans will see him on the big screen soon. Yes, there are reports that Wasim Akram and Fawad Khan will soon be seen in action in a comedy movie. Sources said that former cricketer Wasim Akram signed the comedy film ‘Money Back Guarantee’ by filmmaker and actor Faisal Qureshi.

The report states that Fawad Khan and another large cast will also be seen in action in the comedy film. In a guarantee, Waseem Akram’s wife Shanira Akram will also appear on the fireworks show, but she will also be seen as a guest actor. According to the actors, Faisal Qureshi will not only give instructions for ‘Money Back Guarantee’ but he will also appear in the film in action. Actors like Zulfiqar, Fawad Khan, Kiran Malik, Faisal Qureshi, Waseem Akram, Javed Sheikh, Hina Dilpazir, Afzal Khan (John Rambo) and Mani, according to Gulf News, the film team also contacted ‘superstar’ actress Mahira Khan. And it is likely that he will become a part of mega-state comedy. According to sources close to the film team, the shooting of the mega cast movie will be launched in Karachi from November next month, after which the team will travel to other countries, including Thailand, to shoot the film. However, sources said the team did not say anything about the story. Although the story of the film will be a complete issue, it will also bring about a major social issue in the film.