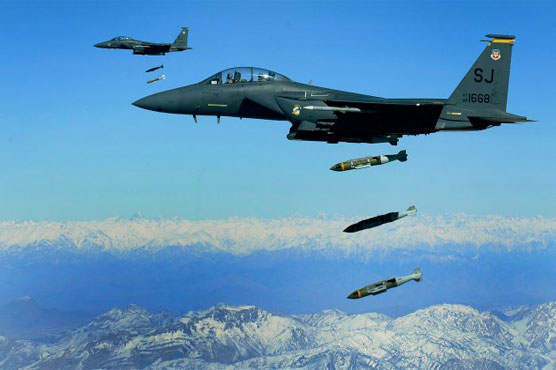 According to the International News Agency, the US Air Force also participated heavily during the search operation against the militants in the area called Pul in Logar district of Afghanistan. As a result, 4 soldiers were killed and 6 were wounded.

Police spokesman Shahpur Ahmadzai told the media that we were aware of the US Air Force’s operation in the area and were fully cooperating, but the accident occurred due to some kind of misunderstanding for which an investigative committee has been set up. ? During the next search operation, the contacts will be made more firmly and vigorously.

It is to be noted that in the same district, a US Army vehicle was blown up in a Bardawi tunnel last evening in which a local driver was killed.