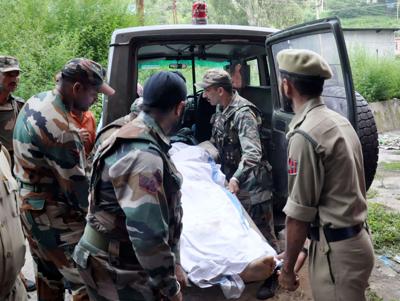 According to the Kashmir Media Service, a fire broke out in a military jeep in Kapwara district, north of occupied Kashmir, which resulted in the death of two Indian soldiers, both personnel were lying inside the military jeep. The accident took place inside Sector 8 of the Indian Army’s Charkot Army camp.

According to police, the dead soldiers were identified as Surab Kataria and Akshay Werparbat, who hailed from Rajasthan and Kerala respectively and both were serving as drivers in the Indian Army.

Sri Lankan cricket team leaves with a lot of love