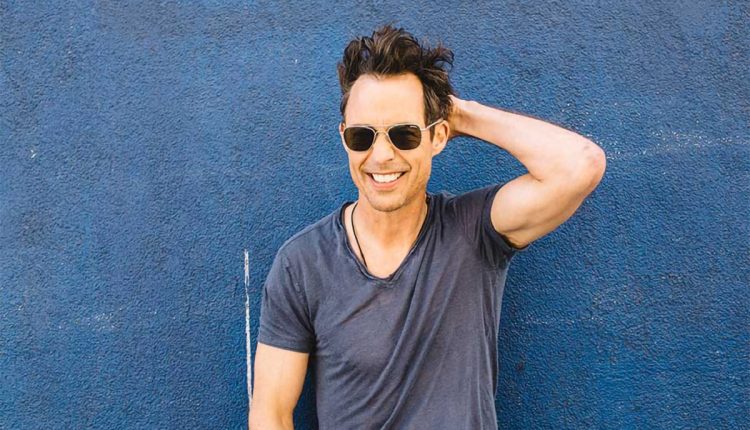 Canadian actor Thomas Patrick “Tom” Cavanagh is well known for his many parts in American TV series like “Ed” (2000-2004), for which he was nominated for a “Golden Globe” and got a “TV Guide Award.” Some of his other well-known shows included “Love Monkey,” “Trust Me,” “Providence,” and “Scrubs.” He is best recognized for his performance in “The Flash” as “Dr. Harrison Wells” (2014). Additionally, he recently finished production on the 2018 release of his short film “Tom and Grant.” In 1989, Tom played the lead role in the Broadway version of “Shenandoah.” He made an appearance in the Canadian TV soap opera “Jake and the Kid” in the 1990s before going into the acting business.

‘Grease,’ ‘Cabaret,’ ‘A Chorus Line,’ ‘Brighton Beach Memoirs,’ and ‘Urinetown’ are a few of his well-known theatre plays. He has also appeared in several advertisements, including those for the Canadian bank “CIBC” and the beer “Labatt Blue Light.” In 2004, he wed Maureen Grise, a sports illustrated photo editor, and the two went on to have four kids. He promotes the “United Nations Foundation” campaign “Nothing But Nets,” which aims to raise awareness of the need to eradicate malaria, in his free time.

He was an adolescent when the family moved to Lennoxville, Quebec. There, he finished high school and attended the “Séminaire de Sherbrooke” to study French. During this time, he also participated in the Barons’ basketball team.

Later, he went on to complete his studies at “Champlain College,” Lennoxville, at the “CEGEP” level. While attending “Queen’s University” in Kingston, Ontario, he became interested in theatre and music.

He earned degrees in biology, teaching, and English.

Tom Cavanagh had roles in several Canadian TV series before starting his career as a professional actor, including “Jake and the Kid” in the late 1990s. Additionally, he appeared in ads for the Canadian bank CIBC and the beer “Labatt Blue Light.”

He appeared in “Some Americans Abroad” at New York’s “Second Stage Theatre” in 2008.

After becoming extremely popular for his recurring role as “Dog Boy” in the “NBC” program “Providence,” he then made appearances in all four seasons of the “NBC” program “Ed” (2000-2004). Viewers praised his performance in “Ed,” and he was nominated for a “Golden Globe” and a “TV Guide Award” for the part.

He is well-known for his 2002 appearance as “Dan Dorian” in the guest spot “My Big Brother” on the American comedy “Scrubs.” In the same year, he also appeared in the film Bang Bang You’re Dead. His roles were often supporting ones.

In the 2005 CBS pilot “Love Monkey,” which also starred Jason Priestley, Judy Greer, and Larenz Tate, Cavanagh was a supporting actor. The program debuted on January 17, 2006, as a midseason replacement. Only three of the eight episodes were shown because of the poor TRP. After purchasing the eight-episode show in 2006, “VH1” later broadcast the whole thing.

Alongside Cynthia Watros from “Lost,” he appeared in the comedy series “My Ex-Life” on CBS in March 2006. He made an appearance in the romantic comedy “Gray Matters” that same year. Before it, in the “ABC Family” film “Snow,” he played the part of “Nick Snowden.” In “Alchemy,” he co-starred with Sarah Chalke.

He played the character “Ranger Smith” in the 2010 movie “Yogi Bear.”

Since 2010, Cavanagh and his co-star in the movie “Ed,” Michael Ian Black, have co-hosted the podcast “Mike and Tom Eat Snacks.”

He has played several incarnations of “Dr. Harrison Wells” in the “CW” series “The Flash” since 2014.

His primary concern is steering. His notable works include the movies “Faith” and “Money Game” (2008).

His performance in “Ed” received significant appreciation and resulted in nominations for the “Golden Globe” and the “TV Guide Award.” From October 2000 to February 2004, the program was shown.

He attained enormous fame in the television series “Flash” as “Dr. Harrison Wells.”

He captivated audiences with his performances in “Jake and the Kid” and the 1989 Broadway revival of “Shenandoah” (the late 1990s).

His performances in the romantic comedy “Alchemy,” the thriller “Heart of the Storm,” and the computer-animated comedy “Yogi Bear” were all well-received.

Additionally, he was nominated for a “Daytime Emmy” for the acclaimed TV movie “Bang Bang You’re Dead” (2002).

On July 31, 2004, in Nantucket, Massachusetts, Tom Cavanagh wed Maureen Grise, a photo editor for “Sports Illustrated.” James Joseph and Thomas Cavanagh Jr. are their two boys, and Alice Ann and Katie are their two daughters.

His sister’s number three. One teaches religious education and is a chaplain in Ontario. Another works as an autism specialist in Toronto. The third one writes. A “Crown Attorney” is his older brother.

He established the annual “Cavanagh Classic” charity basketball event in 2008 to promote and support the “Nothing But Nets” campaign, which aims to eradicate malaria.

He splits his time between New York City and Vancouver.