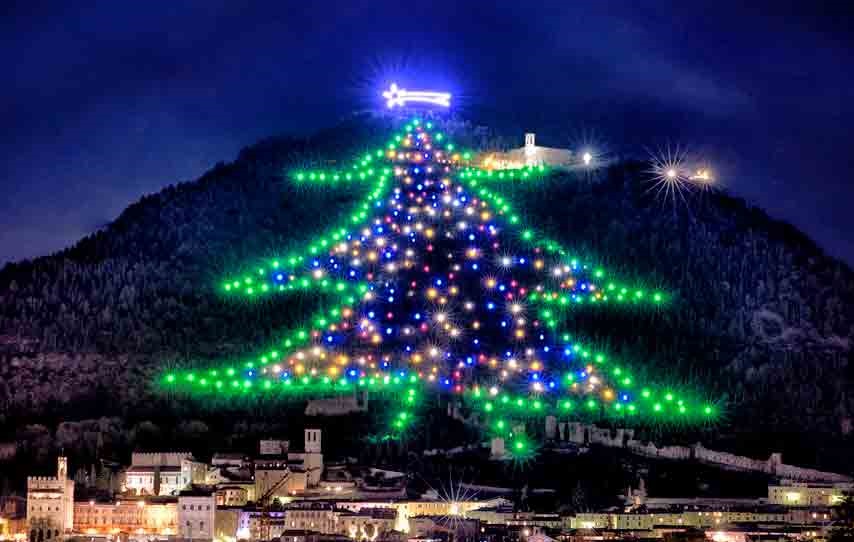 In a small village in Italy, people lit up the world’s largest Christmas tree after continuous hard work. For the past three decades, people from the Gobi village, located at the foot of the Engine Mountains in the Umbria region of Italy, have been making Christmas trees bigger and bigger. And every year, the Guinness Book of World Records, the largest Christmas tree, comes in. This tree is built on the slopes of the hill. It was started in 1981 and for the first time, a 750 meter high tree was built. Now in December each year, 700 large lights are set up in the form of trees, which are illuminated from December 7 and closed on January 6.

In 1991, the Guinness Book of World Records honored it for the first time on the biggest Christmas tree and no one has ever broken that record.

This year, the tree has been enlarged and the lights added to it. Volunteers from the village purchased more bulbs from their sources, and this year only the electric wires are eight and a half kilometers long, and around 3,000 lights have been placed on the entire tree. The number of lights at the upper end of the tree is more than 1350. It is about 450 meters high and 450 meters wide.