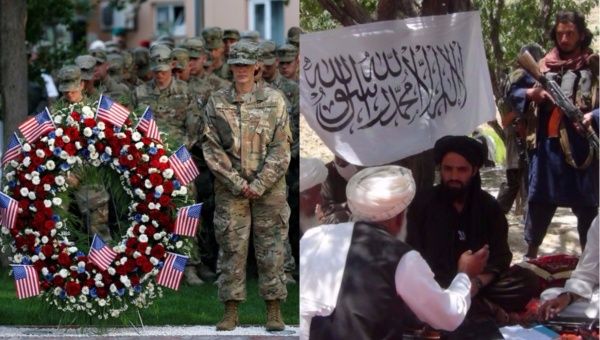 The Taliban say the United States will be responsible | Sahel Shaheen, a spokesman for the Afghan Taliban’s political office in Allahabad (NNI), said Russia supported the Taliban’s stance on a political and peaceful solution to the Taliban’s Afghan problem. Talking to the NNI after a four-day visit to Russia, the Taliban spokesman said that the Taliban wants to explain its position to other countries as well, but is currently visiting another country after a visit to Russia. The schedule is not what we want.
To explain our position before the world that we want a political solution to the problem, America does not have to revise its position. We are firmly committed to what we have decided in a year with the US negotiating team, and the US government has to decide whether it is ready to join the negotiations or to exercise authority. America has used power for eighteen years, but what has come to them? The Americans, who have been negotiating with us for almost a year, are talking to us, not as representatives of the US Government and their institutions, but have finally agreed to the text of this agreement and Announces a peace deal within the week. That was supposed to happen, but suddenly President Trump ended a one-year conversation via tweet. Earlier in a special conversation with the NNI, he said that we too were surprised at the statement of US President Donald Trump’s suspension. Yes, negotiations with the United States were over. He said both teams worked on it day and night. After considering this clause and article, the draft was finalized and a copy of it was given to the Qatar government. “We have a copy of the draft and a copy of it with the US team,” he said. “The announcement by the US President to suspend talks on this occasion is a surprise to all of us,” he said. He said Zalmay Khalilzad and US General Miller, who were on the US team, met Mullah Brother.

The US team did not disclose any reservations at this meeting. On this question, Shaheen Shaheen said that if the US president made an excuse for the attack on Kabul and the killing of US troops in it, we would also ask why they attacked Badakhshan, Kunduz and other provinces. And the deal was yet to be signed, why did the attacks continue? After that, the Taliban also retaliated. On a question, he said that when the agreement was signed, it was dismissed from the occupation, and when the agreement was not signed, it was not occupied and it was not of the two parties and we believe that Donald Trump’s The excuse is not reasonable. We also want the war to end and peace to be in Afghanistan. The United States must sign the agreement. If the US withdraws from the agreement, the responsibility for the war in Afghanistan will be on the United States,” he said.