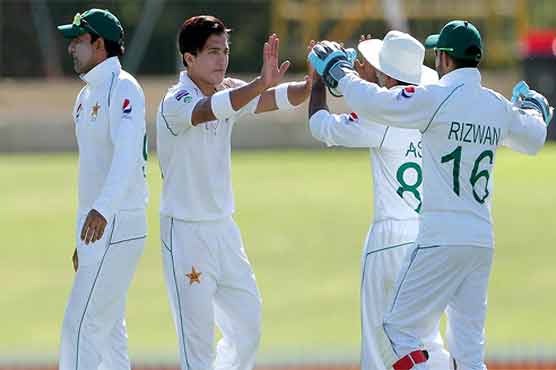 The second tour of Pakistan and Australia A also draws|The second tour match between Pakistan and Australia A also ended without a win. According to details, the second tour match between Pakistan and Australia A was also drawn, Pakistan scored 386 for 7 on the last day, Asad Shafiq scored the second consecutive tour match in the innings. Babar Azam, Kashif Bhatti, and Sean Masood scored half-centuries. Today, when the game started, Pakistan declared the innings instead of batting and invited the rival team to play. Bowling from Pakistan was started by Mohammad Abbas, while the innings by Kangaroos A was started by Kreider and Godwin. Both openers cautiously started batting. However, in the last ball of the fifth over, Mohammad Abbas bowled the cadre to zero. On the last ball of the next over, young fast bowler Mohammad Musa sent good wicket to Pavilion for the brilliant ball, wicketkeeper Mohammad Rizwan caught his catch. One-down batsmen Spurs and Marlowe stepped up the innings and played brilliant shorts, both of which saw some of the best shorts around the grounds. Kangaroos A’s batsmen scored fifty runs. In 43 overs, leg-spinner Yasir Shah put Marlow on 78, scoring 128 runs. Doran’s innings were limited to three runs, Mohammad Abbas took wickets. Spurs’ innings was limited to 58 runs but in the meantime, they batted slowly, young Muhammad Musa was forced to leave the crease, Asad Shafiq caught the catch and other batsmen continued to play slow cricket. Drew scored 15, Connell scored 8. Meanwhile, Australia’s AK Hoop played 50 not-out innings. Perry remained unbeaten with them for 22 runs. At the end of the match, Australia A made 246 runs in 79.5 overs that the match was drawn. However, it was a further 10 overs.