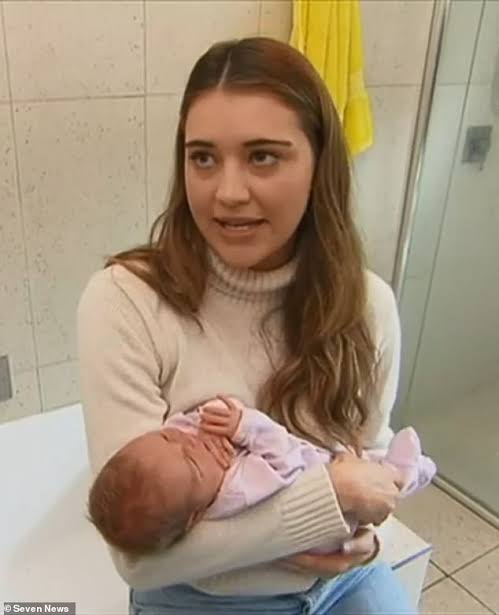 The model of childbirth until the birth of a baby

The model of childbirth until the birth of a baby

The model of childbirth until the birth of a baby |An Australian-based model suffered the biggest setback in life when she suddenly gave birth to a daughter in the toilet because she didn’t know she was pregnant. Yes, this is truly a strange thing, and 23-year-old model Erin Longed said this during an interview. She said that no signs of pregnancy, such as abdominal discomfort, morning sickness, nausea or other symptoms were observed, while she used injections to prevent pregnancy. He said, Nothing has been seen for so many months and what happened is very strange, I am still in shock, but now it is part of life that we cannot change. According to the model, on the day her daughter was born, her nature was bad, but she did not realize until the dramatic arrival of the baby that she was pregnant, and she had severe pain in her abdomen 10 minutes before the birth of the daughter, which After that they went to the toilet and everything was there. According to their boyfriend Daniel Carry, I heard a scream and I ran away and saw the girl. They immediately realized that their daughter was not breathing, to which she contacted emergency services, which helped save the baby’s life.

According to medical experts, this happens with some women, and they do not appear to have the traditional symptoms of pregnancy and depend on the structure of the bones in the body or even in physically heavier women. However, this happens with only one in a million women, and they do not reveal the traditional signs of pregnancy.

Implementing the FATF Action Plan, the European Union made a credible offer to Pakistan