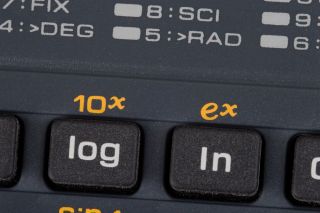 The logarithm is the highest search in 2019 |Why is the engineer made by the Pakistani engineer the most searched in the year 2019? The use of artificial intelligence to control the means of transporting products from the export to the world has become commonplace. This has not only increased the speed and volume of work but also has changed the world into a global marketplace thanks to the latest sources of resources and magazines. Artificial intelligence is helping humans in all walks of life thanks to the revolution in industries. For this purpose, the most important role plays algorithms that are considered the key to solving any problem in artificial intelligence. One such algorithm is the ‘NEH’ or Nawaz, the Encore, the hem algorithm, which was built in the 1980s but has grown in importance over the months and years. This algorithm was originally designed by Pakistani engineer Muhammad Nawaz to solve the daily problems and shorten the time in computer programming. Mohammad Nawaz created this algorithm for his Masters of Engineering thesis at Pennsylvania State University in the 80s, which became important with the flow of time, and today the algorithm is an integral part of the computer and scheduling course books. And without it, the curriculum is considered incomplete. The real significance of this algorithm was realized in 2019 when it was named the most searched source this year in Omega, an important journal of scientific research. Of which the Pakistani engineer was the central researcher and at that time affiliated with the Engineering College Taxila.

It is noteworthy that very few studies or articles have been viewed more than 1000 times on Omega. In October 2019, Engineer Muhammad Nawaz was not only awarded a certificate but Pennsylvania State University, in a step forward, included a story in its Engineering News published in October that spanned nearly 20 years. The popularity of the EH algorithm covers the latest applications of evolution and new research on it. Engineer. Muhammad Nawaz was born in Lahore and received his Master’s Degree in Engineering from Pennsylvania State University, USA after graduating from UET Lahore. After returning home he remained associated with the teaching at UET Taxila for some time. Nowadays engineer Nawaz is abroad.