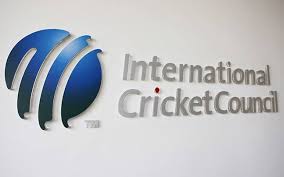 The ICC also announced the sending of match officers to Pakistan | The ICC’s reliance on Ikstani security has also increased. Match Officials including 3 foreigners have been announced for the Pakistan Sri Lanka series. Former Australian Test star David Bone will be the match referee. Local umpires Ahsan Raza, Shoaib Raza, and Asif Yakub will present. According to details, the ICC has also announced that it will send match officials in full confidence in Pakistan’s security. Michael Goff, Jol Wilson, and Aleem Dar, who were in Karachi for the Pakistan West Indies series, will also perform the umpiring duties. Michael Goff has arrived for PSL matches this year, the first one with Jody Wilson and Ahaz. Raza on-field umpires, Michael Gow third, and Rashid Riaz will be the umpires. Elim Dar and Ahsan Raza will be umpire duty on-field umpires in the first T20 match. Elim Dar and Asif Jacob Onfield, Ahsan Raza third and Shoaib Raza Fourth umpire, third ODI and Suze Raza Darfield, Jacob was elected President Tariq Rashid third and the fourth umpire in the second T20. https://bloggersblogs.com/

The first one-day series will start in Karachi from September 27. The ICC has to appoint match officials for the series, but the ICC will automatically review its officials for security. Sources say that after the security assessment, the ICC will decide to send the officers. In the home series against Zimbabwe in 2015, Pakistani and Zimbabwe officials monitored matches and the ICC did not send referees or umpires from third countries. The ICC specifically allowed the Pakistan Cricket Board (PCB) to appoint match officials, but the ICC did not appoint officials for security reasons. In 2017, the West Indies’ Richie Richardson match referee was appointed for three Twenty20 matches between Pakistan and World XI. The series of three ODIs and three Twenty20 matches between Pakistan and Sri Lanka are to be played in Karachi and Lahore.