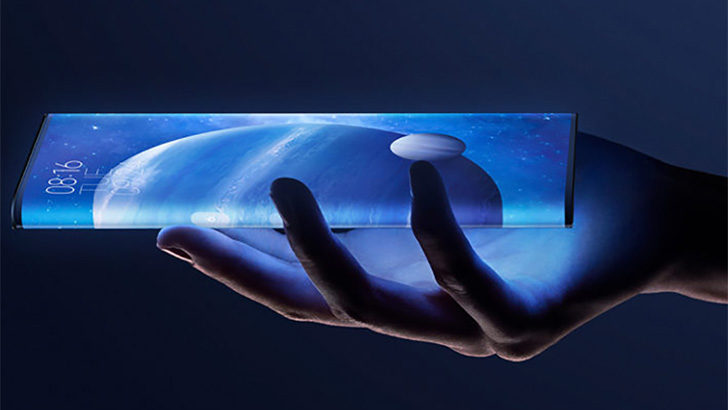 The Chinese company will offer a smartphone with a screen wrapped around the phone! You may have heard of folding phones, but Chinese company Xiaomi announced the release of the Mi Max Alpha phone this year, which is delayed.

The body and screen ratio of this phone is 180% ie the whole phone is wrapped in a screen, but the company has not given the details, however, it is said that it will have a 108-megapixel camera installed.

Xiaomi has stated that several layers have been mounted to protect the phone and the camera uses Titanium Fill, Ceramic and Sapphire.

Cameras mounted in the Max Max Alpha also have a 20-megapixel wide-angle camera and a 12-megapixel telephoto lens, but it does not have a front camera and you have to flip the camera for selfie and have no display issues. He will be there too.

There is no clear pressing button throughout the phone, perhaps a hepatic button is installed on the screen, but a power button may be on the top. Xiaomi, on the other hand, has said that this phone will have a sound surround system installed and the sound can be heard from all sides of the phone. Mi Max has 855 Plus Snapdragon CPU and has 12 MB RAM and 512 GB RAM installed but the battery is only 4050 mAh which can eliminate both sides of the display very quickly, however, this phone 5 Yes capable.

The question is, but what’s the benefit of the screen on either side of the phone? Keeping the phone in hand can automatically run the apps in the back. On the other hand, this dual-screen phone cannot be kept in any security case and can be difficult to handle and protect.

The phone was first announced in December and was given a January date and the phone has not been released yet. According to preliminary reports, the price of the phone wrapped in the display is $ 2800.