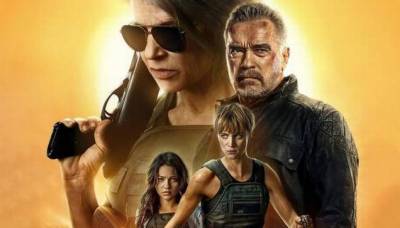 Terminator Dark Fate Presents For Exhibition In Pakistan|Hollywood’s famous science fiction and action series ‘Terminator’, a new film from Terminator Dark Fate, has also been screened in Karachi. Arnold Schwarzenegger is once again starring in the role of a powerful robotic machine in a movie directed by Tim Miller. Other actors in the film include Yankee Davis, Linda Hamilton, Gedigo Bonta, Gabriel Luna, and Natalie Race. Their arrival is reminiscent of Terminator’s two most successful films. The cast of the film says that all the series and cast performances of the Terminator films have been very interesting, which will be just as exciting.