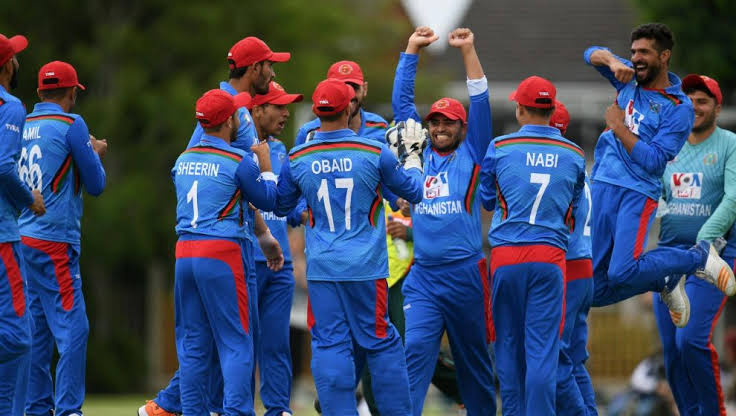 T20 champions defeat West Indies, series names Afghanistan|Afghanistan defeated the World Twenty20 champions West Indies in the last match of the three-match series and made it 2-1. In the last match of the series played in the Indian city of Lucknow, Afghanistan showed excellent performance and easily beat the West Indies by a strong Twenty20 team. Rashid Khan, the young captain of the Afghan team, decided to bat first after winning the toss, and the batsmen put up a reasonable combination on the scoreboard, while Hazratullah Zazai and Karim Jannat returned the pavilion to just 12. Wicketkeeper Rahmanullah Gurbuz showed a brilliant bat and brought the Afghan team to a lone defensive score. Read more: The devastating Bowl of Cream Paradise, Afghanistan defeats West Indies Ibrahim Zadran was out for only one run, but Asghar Afghan scored 24 runs with Rahmanullah, after which Najibullah scored 14, Mohammad Nabi scored 15 and Rashid Khan was out for zero. Rahmatullah scored 79 and Kieron Pollard was out on the ball, but he made the best of 52 balls with 6 fours and 5 sixes. Afghanistan set a reasonable target of 156 for 8 in the stipulated overs. Cotterell, Williams, and Paul took 2,2 wickets for the West Indies. Other than the West Indies batsmen, ShapeHope failed to play in the chase against a new team like Afghanistan and continued to be out. West Indies batsman Landal Simmons 7 and young batsman Brendan King were all out for just one run, but Lewis scored 24 runs. Ship Hop scored the highest 52 for which he faced 46 balls, 3 boundaries, and a sixth, but there was no one to support him in the second half. The West Indies bowled 127 for seven in the stipulated overs before the Afghan bowlers and lost the match 29 runs and lost the series. Naveen-ul-Haq got 3 wickets from Afghanistan and Rashid Khan bowled excellently but he got one wicket. Rahmatullah Gurbaz was named the best player of the match and Karim Paradise was declared the best player of the series. It is believed that West Indies won in a one-day series.

Nawaz Sharif will leave for treatment abroad on Tuesday

The movie that made $ 1 billion