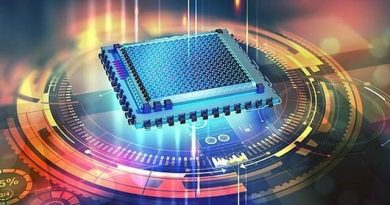 This important work of its kind has been done by experts from the University of Bristol and the Technical University of Denmark. This experience will open the way for quantum computers and the quantum Internet. This experiment has been conducted under the ‘Quantum Entanglement’, an important aspect of teleportation.

The two particles (particles) at a distance interact with each other, or as the properties of one particle change, the particles of the other particle immediately change. It doesn’t matter how much distance and space exists between them.

In other words, we can say that in the process of quantum entanglement, one particle’s information is transmitted to another particle. Theoretically, quantum teleportation is not confined to space or a house, and this quality itself has kept Einstein in tatters for a while.

Under the laws of physics, nothing in our universe can travel faster than the speed of light, but the information in quantum transport can seemingly overcome this limitation. Quantum teleportation has many benefits and now information teleportation between the two chips has progressed towards this dream.

In this experiment, the experts made a pair of Santigold photons on the chips that were in a particular quantum state, the quantum state of one of them. Quantum physics observations change the state of the photon because our observations themselves can affect any system. As the observation changed the position of one photon, the photon quality of the second chip changed as well. This was observed on two chips in the laboratory and both photons were at the same quantum level in which the quantum quality of one particle changed the quality of the other particle immediately. Although many quantum teleportation experiments have been performed before, this is the first successful teleportation experiment between two different chips.

German company to invest $ 2.5 million in Pakistani start-up ‘Screen IT’