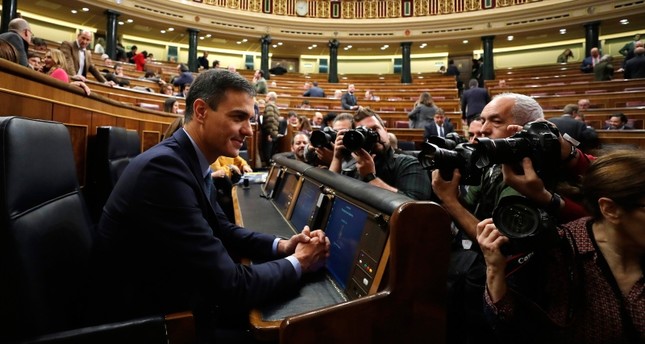 Spain Parliament elected prime minister |Spain Parliament elected Pedro Sanchez as prime minister
Spain’s parliament elected socialist leader Pedro Sanchez to form a new government and to head a leftist coalition government.
Pedro Sanchez won 167 of the 165 votes, while 18 were absent.
To be clear, the competition to get a vote of confidence was predicted to be tough.
In addition, the socialist leader Pedro Sanchez was expected to win the same distinction.
Pedro Sanchez has been the caretaker Prime Minister for the past year, and after the success of the 2 votes, doubts have arisen about how long the coalition government will run, because with the approval of Parliament the policies have been approved.
Pedro Sanchez’s Socialists won two consecutive general elections last year, but both times they failed to win a parliamentary majority. This means that he could not get the parliamentary confidence vote he needed before assuming power. The caretaker government of Pedro Sanchez has been in the country for almost a year, and in the opinion of lawmakers today it is clear that he is trying to regain power. It may be recalled that in February 2019, Prime Minister Pedro Sanchez of Spain announced premature elections on April 28, 2018, adding to the ongoing political differences in the country. The 46-year-old Prime Minister came to power in June 2018 after the motion of no-confidence motion against former Prime Minister Mariano Rajoy. Pedro Sanchez did not directly name Catalonia, saying he would continue to negotiate with the territories of the country as long as their demands were in accordance with the constitution and the law.