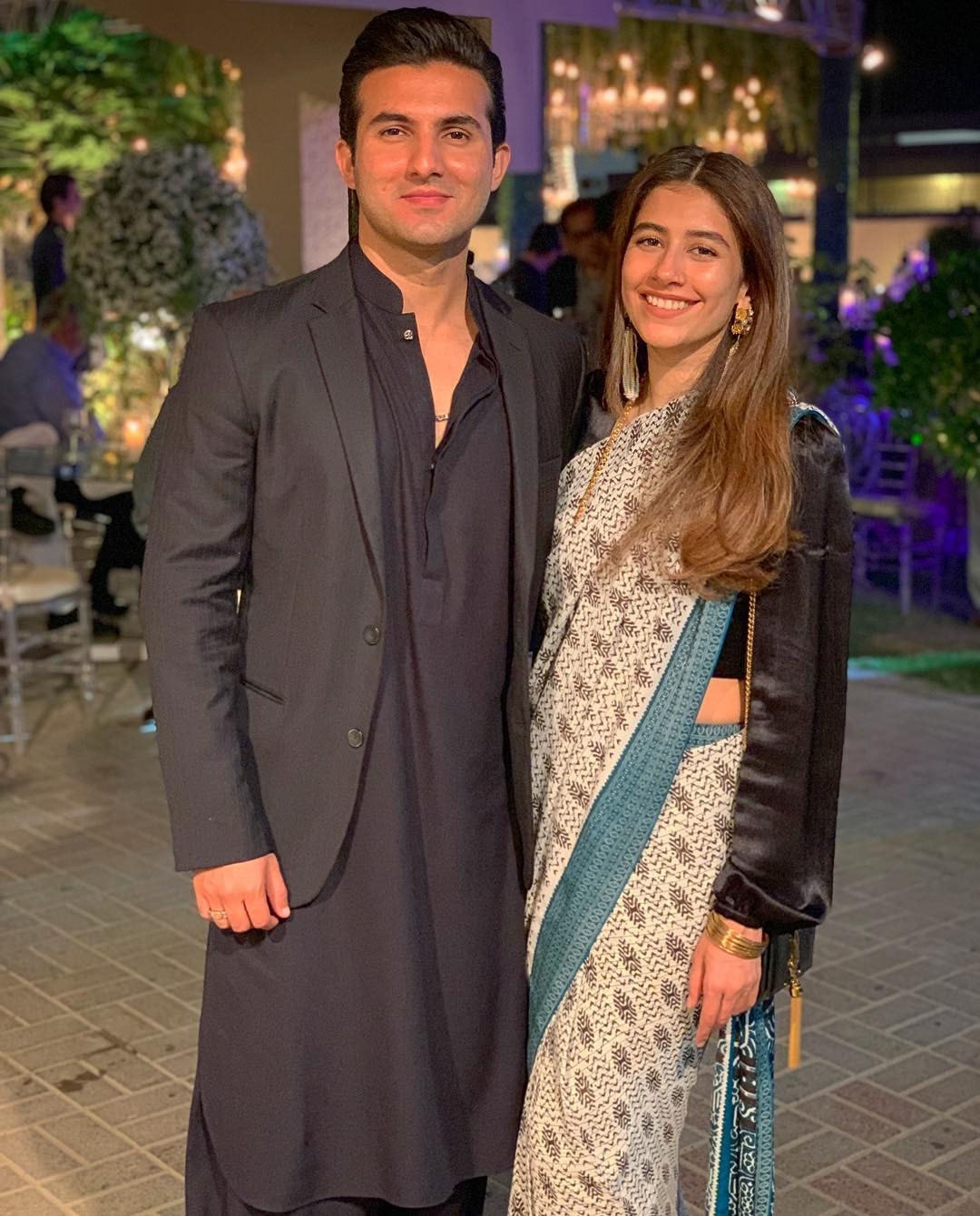 Shahroz Sabzwari clear about divorce rumors | I and my family is being honored on the road. News of the separation between Pakistan’s renowned duo Shahroz Sabzwari and Saira Shahroz has been surfacing in the media for the past several days. However, in many places, the model responsible for the separation between the two was also named Sadaf Kanol.
In this regard, Sirah Shahruz has remained silent until now, though Shahroz Sabzwari made the statement in the media and explained the matter. Talking to Dawn yesterday, Shahroz Sabzwari made it clear that he and Sira had not divorced, but only because of some minor disputes, they had separated. The actor also said that Sadaf Kanwal had no involvement in the affair between him and Saira. And now the actor has also released a video message on his social media accounts in which he spoke openly on the issue while also criticizing those who spread false rumors about his personal life.

The only purpose of making this video and sharing it with everyone is that I’m sad, which I never thought was happening, honoring me and my family, including Syrah, Shahroz Sabzwari said he is being brought on the road and a girl is being dragged into a case where there is nothing wrong. As a Muslim, it is my duty, to tell the truth, because I have to show my mouth to God. No divorce, it is being reported everywhere that we are no longer with us, our 7-year-old. Is the marriage over? The actor asked in the video who gave the news to those who spread such rumors. It is being repeatedly said that the separation between us was due to Sadaf, who said that? My family or Syrah’s family? Then why is anyone’s sister brought to the beach so wrongly? On the separation between himself and Sira, the actor said, Six months ago today, Sira and I realized that our ideas were not being met and the atmosphere in the house was deteriorating so it was better to take the distance and get each other. Time will be given, after which major decisions will be made, you will know when that time comes. According to Shahroz, At this time, Saira is my wife, I have the honor, I do not want anyone to say anything about her or anyone about Sadaf. Sadaf has worked with me, I have given her only one month. I know, since it has been 6 months since Saira and my separation, so the person who damaged Sadaf’s name and added his name to the issue of my house came out and apologized. Remember that Syrah and Shahroz were married in 2012, they both had a daughter in 2014.

Indian cricketers were sent to the home