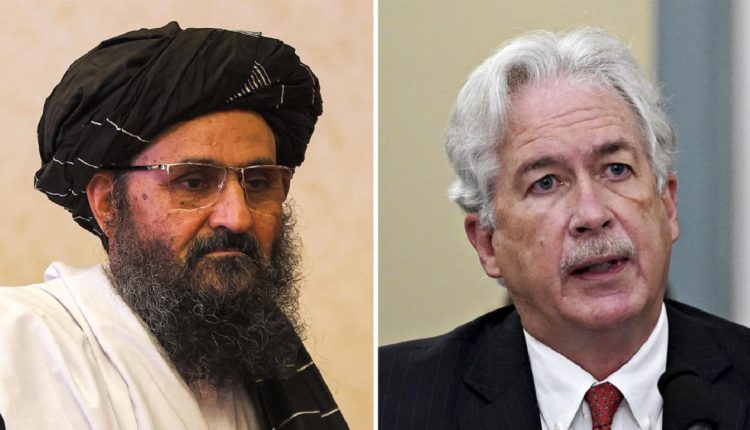 In a frantic attempt to evacuate Kabul’s international airport, President Biden sent his top spy, a veteran diplomat, and veteran of the Foreign Service, in the midst of what Biden called “one the largest, most difficult, and most expensive airlifts in the history of mankind.”

Biden stated at the White House that “every day we’re on the ground is another day ISIS-K seeks to target the airport, attack both us, allied forces, and innocent civilians.” He referred to the Islamic State group affiliate in Afghanistan, which is well-known for carrying out suicide attacks on civilians.

The news of Burns’ meeting with the Taliban leader Abdul Ghani Baradar comes one week before the deadline set by the U.S. military for its complete evacuation of Afghan and American allies from Kabul. A White House official stated that approximately 21600 people were evacuated from Kabul in 24 hours, with 12,700 on 37 military aircraft.

Although the CIA did not comment on the Taliban meeting, they discussed the impending August 31 deadline for the U.S. military’s airlift of Afghan citizens and allies.

The Taliban have allowed the American evacuation to continue largely unassisted, although there have been reports that some of the chaotic airport perimeters have seen beatings and injuries. U.S. officials warned that large crowds could become targets for terrorist attacks by ISIS-K. This group is well-known to be operating in Afghanistan.

Some allies are pressuring the Biden administration to extend U.S. presence in Afghanistan beyond the end of the month. This is to help the evacuation of tens to thousands of Afghan citizens and Western countries.

Britain, France, and other U.S. allies say more time is required to evacuate their personnel. However, a Taliban spokesperson warned that the United States would be crossing “red lines” if it keeps troops beyond the 31st. This would lead to unspecified “consequences.”

Baradar’s role as a CIA director’s counterpart is ironic 11 years after being arrested by the spy agency in a joint CIA/Pakistani operation that saw him sentenced to eight years in prison.

Baradar was a long-standing Taliban official and was captured by the CIA during a joint operation in Karachi in 2010 by the intelligence service of Pakistan. After the U.S. demanded his release and began talks with the Taliban, he was released in 2018. The Washington Post reported Burns’ meeting Monday.

In interviews and testimony before Congress, Burns acknowledged that the U.S. will lose its ability to gather and respond to terror threats but that the CIA would still have a “suite” of capabilities to monitor possible plots. According to intelligence and Pentagon officials, al Qaeda and other terrorist groups will likely try to regain the ability to attack U.S. targets.

The Washington Post did not disclose the contents of the meetings between the Taliban founder and the CIA boss, citing anonymous U.S. sources.

It said that they might have revolved around delays in the deadline for the U.S. evacuations from Kabul airport. There, thousands of Afghans are still awaiting their chance to flee the country, fearing the return of the Taliban.