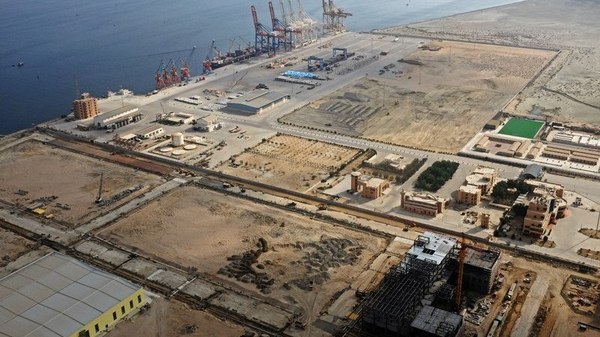 CPEC will increase the debt burden on Pakistan US Says |WASHINGTON The US has warned Pakistan that the Pak-China Economic Transit CPEC project, already burdened with debt, will cause further problems for Pakistan, which faces increased corruption, while profits and jobs get to China. Speaking in an extraordinary speech, Alice Wells, the top official of South Asian affairs in the US State Department, said the multi-billion dollar project was a problem for the Pakistani economy when the speech was made. Assistant Secretary Alice Wells said that CPEC is not a form of aid for Pakistan but a form of financial affairs that guarantees the benefits of Chinese state-owned companies while for Pakistan it has a very modest advantage. According to a global media report, this special warning comes at a time when Washington and Islamabad are trying to renew their bilateral relations. Ellis Wells further said that CPEC’s most expensive and only plan is to improve the railway system from Karachi to Peshawar, with an initial cost of $ 8 billion.

It should be noted that in October 2018, Pakistan’s Minister of Railways Sheikh Rasheed Ahmed had said that he had talked to reduce the cost and raised it to $ 6 billion 20 million, which would save Rs 2 billion because Pakistan is a poor country. And cannot bear the burden of so many loans. However, recent media reports have revealed that the cost of the project now reaches $ 9 billion, so the people of Pakistan do not know the cost of the most expensive CPEC project and how it is being assessed. The US official also spoke on the long-term impact of China’s financial procedures on Pakistan and called on Islamabad to assess the burden on the new government in which the Chinese government’s debt was $ 15 billion while China’s Commercial debt is $ 6 billion 70 million.

Ellis Wells also stressed the need for Pakistan to know that China is lending, not US aid. He warned that even if debt repayments were postponed, it would affect Pakistan’s economic development potential and would disrupt Prime Minister Imran Khan’s reform agenda. The Assistant Secretary directly addressed the alleged corruption in the CPEC projects, saying it could lead to the cost and corruption of the project, which would result in heavy debt to the country. He challenged that CPEC is providing jobs in Pakistan, saying that despite growing unemployment in Pakistan, CPEC mainly relies on Chinese workers. He said that the CPEC would only benefit China while the US offered a better model and urged Islamabad to make economic reforms so that American investors would be encouraged to invest in Pakistan. He also said that the United States cannot offer investment from state-owned companies, but US private investment and aid supply can improve Pakistan’s troubled economy. The US Special Assistant also reminded that during Prime Minister Imran Khan’s visit to the US in July this year, US President Donald Trump also offered to increase US trade with Pakistan. Ellis Wells admitted that the United States cannot offer investment in Pakistan through state-owned companies, but said that private US investment with a grant would improve Pakistan’s economy.