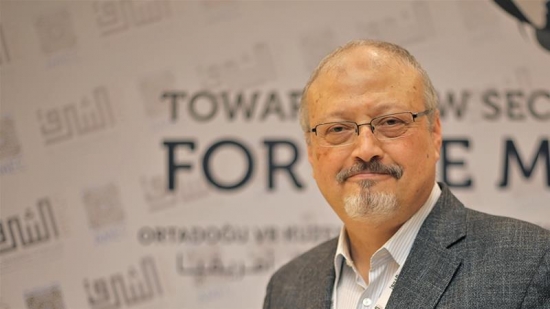 Saudi journalist death case |Saudi journalist Khashkazi’s death sentence kills 5. The Saudi court has sentenced five people to death for journalist Jamal Khashoggi’s murder and three others to a total of 24 years in prison. US-based Saudi journalist Jamal Khashkaji was killed last year at the Saudi embassy in the Turkish city of Istanbul. According to the video footage that emerged on October 2, 2018, Jamal Khashikaji entered the Saudi Embassy in Istanbul but did not return. Jamal Khashikaji was considered a major critic of the Saudi government and after his disappearance, the Saudi government was accused of killing a journalist working for the US journal. The murder of Jamal Khashkaji triggered global outrage, which also damaged the reputation of the Saudi Wali Kadam since which he has not visited the US and European countries. According to the US news agency AP, five people have been sentenced to death by Saudi Arabia in this case, while the other three have been sentenced to a total of 24 years in prison. Public prosecutors announced the sentences during a press conference in Riyadh on Monday.

The Saudi Public Prosecutor said in a statement shared by Arab News that the court had charged 11 persons, three of whom were acquitted. The court ordered the death sentence of five people involved in the murder of the victim, while a total of 24 people were sentenced to 24 years in prison for concealing murder and violating the law. The statement said that 31 people were included in the investigation of the case, out of which 21 were arrested while 10 were summoned only for questioning because the court had no jurisdiction to detain them. Three people have been sentenced to a total of 24 years in prison for covering up the crime and violating the law. Former Saudi royal court adviser and consultant Saud al-Qahtani was also accused in the case of plotting a murder, which led to his interrogation but he was acquitted if he did not prove the charge. The court also acquitted former deputy intelligence chief Ahmed El-Asiri on the basis of insufficient evidence. It is to be remembered that almost a year after the assassination, Saudi Crown Prince Mohammed bin Salman claimed responsibility for the murder. Wali Ehud Mohammed bin Salman said he accepts responsibility for the killing of journalist Jamal Khashkaji as the incident took place during his reign. There was a dramatic turnaround in the case when new details of the recording of the murder of Saudi journalist Jamal Khashkaji were revealed, in which he could be heard saying, don’t shut my mouth, I have asthma.

A city of 2 continents