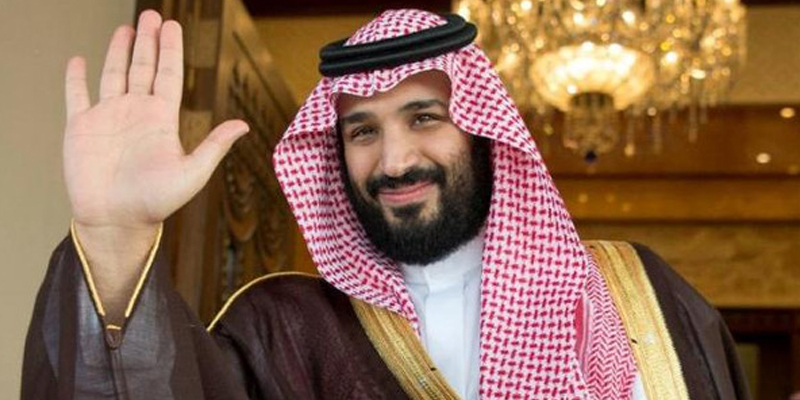 According to details, Saudi Crown Prince Mohammed bin Salman will arrive in Pakistan on Saturday (February 16) on a two-day visit. A large delegation of ministers and businessmen along with key members of the royal family will also arrive in Pakistan. Saudi fighter aircraft will take over the fighters as soon as they enter Pakistani territory and their aircraft will remain in tact until landing, Saudi Wali Aydar will land at Noor Khan Airbase, sources said. Commercial flights will be suspended as the aircraft enters Pakistan. According to sources, Noor Khan Base and adjoining Benazir A Orders have been issued to remove all private planes from the airport from the airport. According to sources, Prime Minister Imran Khan will receive Saudi cabinet, including cabinet. A plan has been formulated to take the honorable guest from the airport to the Prime Minister’s House, where Prime Minister Imran Khan will drive the carriage of Saudi Wali Ahad Mohammad bin Salman. The guest will be given a guard of honor and 21 artillery salutes on arrival at the Prime Minister’s House. The road will be taken to the Prime Minister House on a very tight security. According to sources, Rawalpindi and Islam will be held for two days on the arrival of Pakistan. It has also been decided to suspend mobile phone service in certain areas of population and Heavy traffic entry will also be closed on key highways. Saudi Walid Ehud Mohammed bin Salman will also meet President Arif Alawi and Chief of Army Staff General Qamar Javed Bajwa. Saudi businessmen will also meet with Pakistanis and seek investment opportunities in the private sector in both countries, Saudi Arabia said in a statement. A reception will be held at the Presidential House in honor of the pledge where the Prime Minister, The Army Chief, all the ministers, bureaucrats and key personalities of the country as well as members of the royal family will be present in the delegation. He said that Prime Minister Imran Khan and Saudi Wahid Muhammad Bin Salman trade, investment, energy, science, information. According to Federal Minister for Petroleum Ghulam Sarwar Khan, the visit of Saudi Wali Muhammad Mohammed bin Salman is expected to have historic deals and record investment in Pakistan. Federal Minister for Petroleum Ghulam Sarwar Khan is expected to visit Pakistan. A Memorandum of Understanding (EE) for Diyarbhasha and Mohmand Dam projects in Pakistan And will be signed on standby). According to private TV, the responsibility of the security of Saudi Wali Aadhaar has been entrusted to the Triple One Brigade, besides the police, the three wings of the nine One NB Rangers and two battalions of Light Commando BN will be deployed. A battalion of the unit will conduct aerial surveillance batteries, SLC to Reda will be installed at two different locations, six Aviation Mi-17 aircraft will be aerial surveillance, two battalions of intelligence and bombs. The dispatch squad’s 28 teams will work and about twelve thousand officers and young security duties, including ambulance medical staff. Saudi Arabia will travel to India, China, Malaysia and Indonesia after completing Eid Mohammed bin Salman’s trip to Pakistan. Land cruiser and 0 8 containers were shipped to Pakistan…