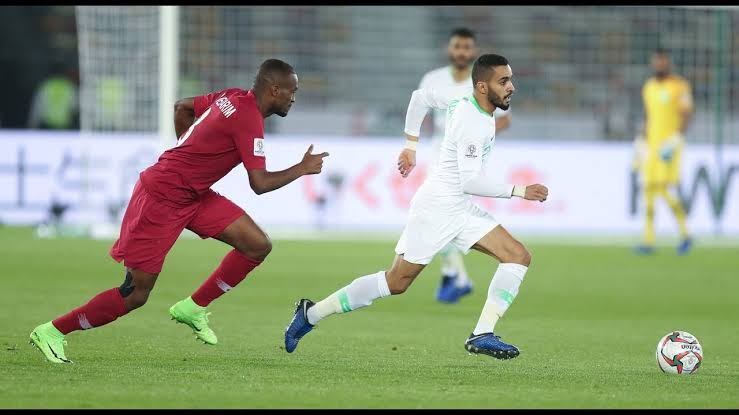 Saudi Arabia signifies Qatar to restore ties with football diplomacy | The alliance, led by Saudi Arabia, has decided to participate in a football tournament in Doha this month, pointing to an end to the two-year conflict in Qatar. According to a foreign news agency AFC report, Saudi Arabia’s decision to end tensions with Qatar and increase pressure on Iran has been curtailed by HUD Mohammed bin Salmon’s alliance with its allies two years ago. According to the report, the recent attacks on Saudi Arabia’s company ‘Aramco’ and US policies in regard to Iran have allied with the Allies. Hussein Abash, who is affiliated with the Arab Gulf States Institute in Washington, said: “Peace is not restored overnight, but we see Saudi diplomacy and its allies taking excellent diplomatic steps to avoid regional conflict. Referring to Saudi Arabia and its allies, he said, They have eliminated the Qatar boycott, the war in Yemen and the dangerous tensions with Iran, and in these situations, diplomacy and reconciliation are more than offensive. Prove to be effective. Given the current situation, Saudi Arabia is a better opportunity for what can be achieved through diplomacy,” he said. Earlier this week, Saudi Arabia, the United Arab Emirates and Bahrain announced that they would attend the ‘Arabian Gulf Football Tournament’ in Doha starting November 26, despite boycott of Qatar for the past two years. It is to be noted that allied countries of Saudi Arabia announced their complete boycott two years ago, accusing Qatar of supporting terrorists and ties with Iran, and that all three countries, including Egypt, from Qatar have land, maritime and Aerial links were suspended.

Qatar had denied all allegations, but the Saudi allies retained its decision to suspend relations, including all forms of trade. Signs of improvement in relations between Saudi allies and Qatar are also being highlighted because the Arab League meeting will also be held in Doha during the Gulf Cup, where delegates from all countries will attend. According to a foreign news agency, a semi-official delegation from Qatar will visit Riyadh over the next few days, which is expected to improve relations. Experts and researchers who look closely at relations and conflicts in the Gulf countries believe Saudi Arabia is playing a leading role in improving relations with Qatar and Iran, restoring hopes for peace in the region. Referring to relations between Saudi Arabia and Iran, a Kuwaiti official recently said that his country had conveyed the message of Iran to Saudi Arabia and Bahrain, which was related to tensions in the Middle East. Experts say that because Iran is suffering globally, Saudi Arabia will be more dominant in the negotiations and more benefits. On the other hand, in Yemen too, recently Saudi Arabia tried to strengthen the government and control the problems, while the situation with regard to the Youth rebels is also softening. Saudi Arabia, despite media reports and expert views, has not yet issued a direct statement on reducing the tensions and negotiations with Iran.

The Saudi Crusade fulfilled another demand of Imran Khan