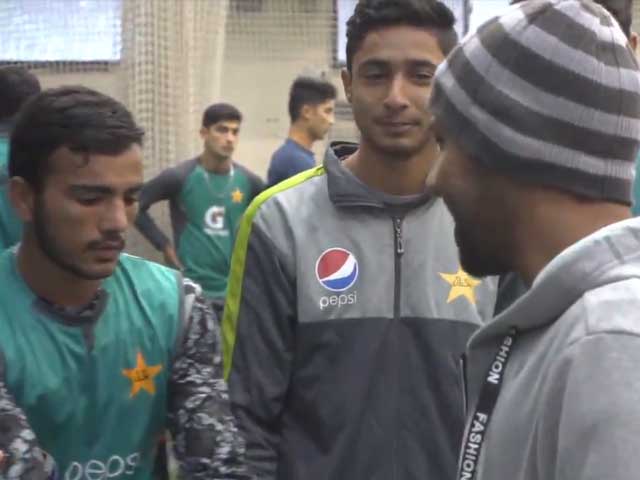 Visiting the training camp of the National U-19 Cricket Team, Sarfraz Ahmed said that all the players in the national squad selected for the ICC Cricket World Cup 2020 possess the best skills and are fully qualified to win the Squad World Cup. Last year was a continuation of the performance of the national U-19 cricket team, with the tour being successful in Sri Lanka and South Africa. He said the majority of the players in the squad were in the series against South Africa, and that they would not need much time to adjust to the conditions

Sarfraz Ahmed said that Rohil Nazir is a good player and as wicketkeeper-batsman is in the best form that will benefit the national U-19 cricket team, U-19 cricket is the first ladder for young players to join the national squad. He said that the prospects of making a place in the national team will be bright for the high performing players at the ICC U-19 Cricket World Cup 2020.

Sarfraz Ahmed said that most of the players, including himself, Shaheen Shah Afridi and Naseem Shah became part of the Pakistan Cricket team through the National U-19 Cricket Team. Be able to participate. Recalling his trip to success in 2006, captain Sarfraz Ahmed said he was a World Cup memorial, saying that winning the low-scoring match against traditional rival India in the final was a big victory.