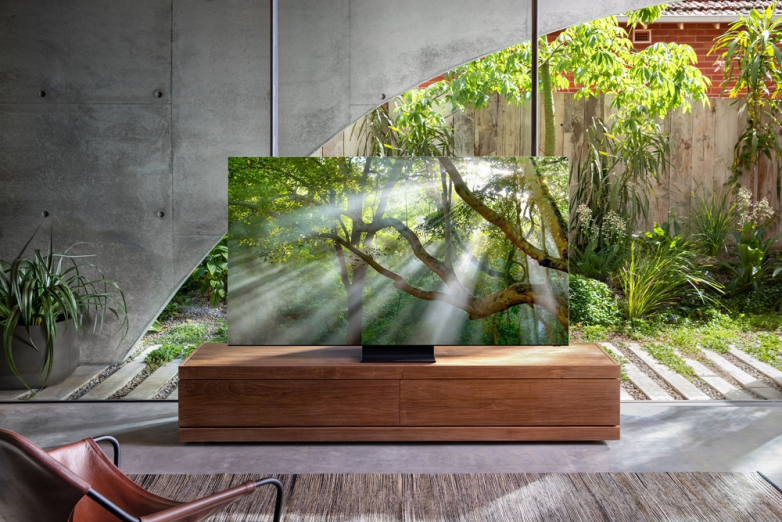 Until now, this was the case with smartphones, but now Samsung has introduced the Infinity display almost bezelless on television. On January 7th at the CES Technology Show scheduled in Las Vegas, Samsung announced the launch of the Premium 8’s TV Q950 TS, which according to the company will set a new standard on television screens. Except for a small edge at the bottom, there is no frame on the TV screen and Samsung says its thickness is only 15 mm. The quantum processor inside the TV is provided with an even better user interface, while there is a universal guide that guides 2 apps running simultaneously. It also features a digital butler, and Samsung says it can control other hardware such as Bluetooth, Wi-Fi and older non-internet connected devices. It can help play content from a mobile device to a touch TV with the help of a tape view, while support from Bixby, Google Assistant and Amazon Alexa digital assistants. It has Samsung’s AI ScaleNet technology built-in, which the company claims it offers on streaming 8K networks that have a bandwidth of 4, while YouTube videos of 8 Can also be played on this TV. Its display and more features will be revealed at CES and will show you how the Tapview and ScaleNet streaming features work.