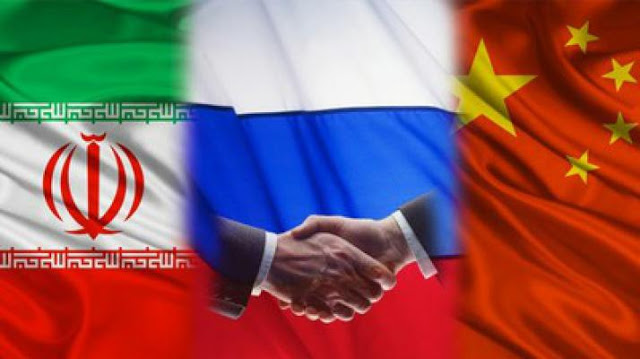 Moscow informed sources that the secret purchase of weapons was being worked out between Iran and Russia. The deal has entered its final stages. According to sources, Iranian and Russian officials have held detailed talks regarding the arms deal in recent times. According to Arab TV, news has been disclosed by Russian media regarding the secret arms deal between Russia and Iran. Is gone According to the newspaper reports the Russian arms company “Russia Apron” Iranian Regiment

It is in the final stages of the arms sales agreement. In this deal, the Russian company will provide Iran with weapons used in defense and advance attacks. According to Arab TV sources, it is illegal to provide weapons used in advance for Iran because the Security Council has designated Iran in 2231. The sale of weapons of this nature has been prohibited. Until the Security Council allows it, no country can sell such a deadly weapon to Tehran. According to sources, the relations between Moscow and Tehran regarding the aforementioned defense deal were completely kept secret so that Iran, Russia and such. We could not buy weapons that they are not entitled to under international law. This deal has entered its final stages. The deal includes Russia’s major and global weapons. They also include air defense systems “S400”, Sukhoi warplanes, satellites and submarines used for military purposes. Sources say talks between Russia and Iran regarding the aforementioned arms deal. Between high-level officials. Defense Minister Amir Hatami held talks with Iran to obtain arms. The deal is worth four and a half-billion dollars. Iran will pay this amount in the form of crude oil and other goods instead of cash. Talks between Iran and Russian arms company Russia Apron Export have been underway since February this year. According to Arab TV, news has been denied by Russian authorities regarding a mega-deal with Iran. Sources say that the deal could repair the Sokhoi 24 and Mug 29 planes in the deal. Russian sources say Iran launched a Sukhoi aircraft, combat helicopter, ship defense system from Moscow three years ago. And requested the sale of missiles used at sea. The Kremlin promised to uphold the request. Sources say Iran may have requested the acquisition of arms, but the implementation could have considerable difficulties in importing it…

THE FIRST TIME ALL OVER THE WORLD ROBOTS HAS BEEN PERMISSION TO FLYING A PLANE.