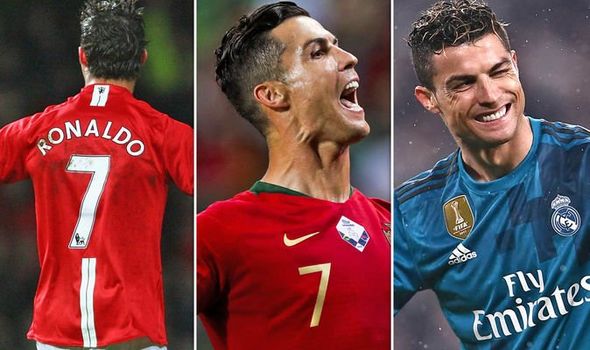 Ronaldo scored 700 goals | Portugal’s world-renowned footballer Cristiano Ronaldo has become the sixth player to win the award, winning more than 700 prestigious goals. Cristiano Ronaldo won the Euro 2020 qualifier in the Ukrainian city of Kyiv in a match between Portugal and Ukraine.

Ronaldo completed 700 goals in 973 games, where he scored 95 goals while playing for Portugal, while the rest in club football.
Ronaldo scored the most goals for Real Madrid, where he netted the ball 450 times, playing 438 games for the Spanish club.
Before that, he scored 118 goals in six seasons, representing Manchester United in 232 games, while scoring 38 goals in 51 games against the youngsters.
“I don’t play for records, but they are made naturally, I don’t see the record, but the records themselves follow me,” said Ronaldo, who made several records in his career.
“This is the best moment of my career, but this defeat made them happy, we played well but couldn’t win,” he said.
Earlier in the match, Ukraine defeated Portugal 1-2 and scored two valuable points. In the match, the Ukrainian team dominated from the start and scored in the sixth minute and then doubled their lead in the 27th minute.
The Portugal team made several attempts to score a goal but failed to score, but in the 72nd minute, they got a penalty on which Ronaldo managed to score.
However, despite several attempts, Portugal could not match and Ukraine won 1-2. Despite losing this match, Portugal is second on the points table in Group G with 11 points in 6 matches.

The mysterious death of a Korean actress