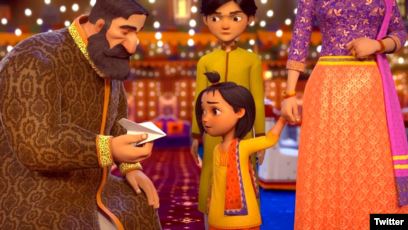 Ready for the first Pakistani animated film release on Netflix|America’s largest streaming company Netflix is releasing the animated film Star from Pakistani documentary filmmaker Sharman Obaid Chennai next month. Star is the first animated Pakistani to be released on Netflix, according to information released by Valley Animations a joint venture producing animation content and feature films for SOS films and ARY films. There will be a movie. The story of the film revolves around a girl in Lahore. And one of the great features of this movie is that there is no dialogue. It was produced by Sharman Obaid Chennai’s Film Academy “SOS” which was presented for the exhibition just last month. Mainly, this is a short-lived awareness film that attempts to raise the awareness of marriage as a teenager. The movie “Star” can be viewed in over 150 countries around the world via Netflix. The film will be released on November 15, when the “Star” will be released on the occasion as well as animated films made in different countries of the world. The trailer for “Star” with a duration of forty-four seconds has already been released. Watching the trailer, it is estimated that the dream of becoming a “star” pilot is decorated in the eyes, but her parents marry her at an early age. Some reports regarding the duration of the film say that the “star” is based on a duration of more than 30 minutes. The film’s animation director is Kamran Khan while the film is made in partnership with American producers.