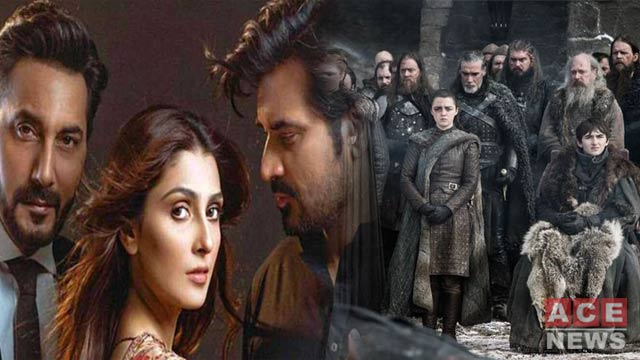 Rating of Pakistani drama higher than Game of Thrones |Do you have the “Game of Thrones” Mere Paas Tum Ho? The play ‘Mere Paas Tum Ho”, written by renowned author Khalil-ur-Rehman Qamar, set new records for popularity. In the rating of “IMDb”, the popular online information database for movies and web series, I have a rating of 9.9. This rating of Pakistan’s most popular drama serial is even higher than most-watched shows in the world with a Game of Thrones rating at 9.4. But of course, this is not the case if you search Mere Paas Tum Ho on Google, then the rating for this play on IMDb can be seen at 9.9 on the right while opening the link the rating is 7.7.
The Roman spelling of the play is also given 2 ways in the search result, it has a rating of 8.3 under one spell. In the drama, Mere Paas Tum Ho Khalil-ur-Rehman Qamar has raised the issue of the infidelity of feminists and men. It is directed by renowned actress Kendra Baig. According to the author, while writing this play, my hands were shaking, tears were flowing as I wrote the last scene. This is the true story of many, many men I have witnessed. The main characters of the play include Adnan Siddiqui, Humayun Saeed, and Ayaz Khan.