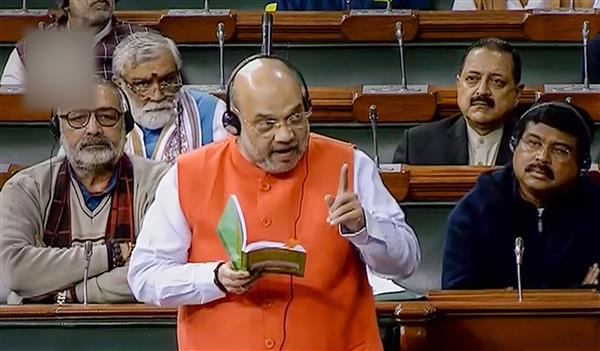 Congress chief Sonia Gandhi said on the passage of the bill that the passage of the bill has won the victory of small-minded and biased forces. In his statement, he said, Today is a dark day in the constitutional history of India, this bill contradicts our ancestors’ perception of India for which they fought and sacrificed and instead made the country divided and distorted. Given where religion will determine one’s nationality. Earlier in the Rajya Sabha, Home Minister Amit Shah criticized the opposition and said that this bill has corrected the historical error. While discussing the bill in the upper house, he reiterated that India was divided on the basis of religion, it was a historical mistake that led us to bring the bill. The Rajya Sabha had a six-hour debate on the bill and voted on it after responding to the Home Minister. It should be noted that the Lok Sabha had approved the amendment bill only yesterday and now the President’s signature is needed to convert the bill into law. The bill proposes to give India citizenship to minorities, including Hindus from Pakistan, Afghanistan, and Bangladesh. The Citizenship Bill aims to provide Indian citizenship to non-Muslim immigrants of six faiths, Hindus, Christians, Parsis, Sikhs, Jains and Buddhists from six faiths in Pakistan, Bangladesh and Afghanistan, under this bill amending the Citizenship Act of 1955. Illegal immigrants belonging to selected categories of India have been eligible for Indian citizenship. The bill opposes all opposition parties and religious parties, including Congress, as well as the extremist Hindu party Shiv Sena, and said that the center is trying to create a division of Muslims and Hindus through the bill.