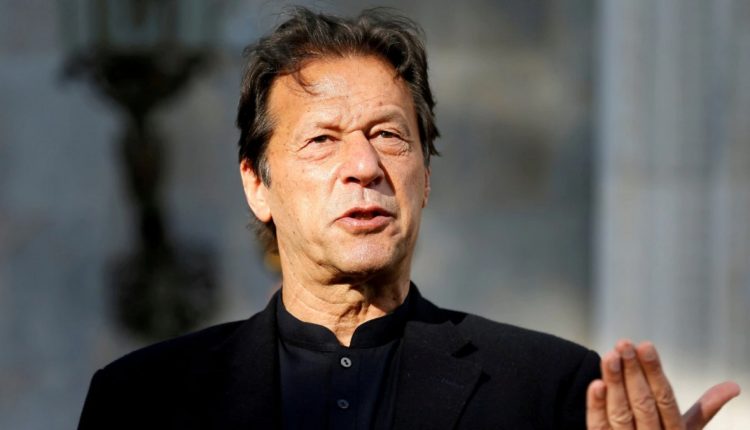 Pakistani PM Imran Khan has warned of a “civil war” in Afghanistan should the Taliban not create an inclusive government in the country.

The Pakistani Foreign Minister Shah Mahmood Qureshi said on Wednesday that his country was ready for the world to work with the Taliban to prevent the possibility of a humanitarian crisis. However, there was no urgency to recognize their government.

“That is a perfect location for terrorists to hide, especially if there’s no control or fighting. This is the main reason we are concerned. Therefore, terrorism on Afghan is a concern, as well as when there is a humanitarian crisis or civil war, it is a refugee problem for us.”

Khan’s government has repeatedly pleaded on the entire world to join the interim Taliban government to stop the failure of Afghan structures due to the lack of central bank funds.

A total of $10 billion worth of Afghan central bank deposits are still frozen in foreign bank accounts, including accounts with the US Federal Reserve, following the Taliban’s government takeover last month.

This morning, Pakistani Foreign Minister Shah Mahmood Qureshi repeated a plea for the funds to be released to enable Afghan state institutions run by the Afghan government, such as hospitals and schools, to function.

Afghanistan could be plunged into civil war if the Taliban are unable to create an all-inclusive government. Pakistan’s PM Imran Khan warns.

“If they do not include all the factions, sooner or later they will have a civil war,” Khan stated when an interview with BBC Urdu aired late Tuesday.

His remarks are his first “tough message” to the militia from a nation that has been long accused of supporting the militia.

“On one hand, you’re raising fresh funds to avert a crisis, and on the other hand, money that is theirs – belongs to them – they cannot use,” Qureshi said to journalists at New York, where he is participating in at the UN General Assembly.

“I believe that freezing the assets does not help the situation. I strongly suggest to the authorities that they revisit the policy and consider an option to unfreeze the freeze,” He said.

“All of us  decided that we would collectively take a decision to recognize Afghanistan, and that decision will depend on will they have an inclusive government, their assurance of human rights, and that Afghan soil should not be used for terrorism, and neighbors are the most worried about that,” said the Afghan ambassador stated during his BBC interview that aired on Tuesday.

“If they do not have an inclusive government, and gradually it descends into a civil war, which if they do not include all the factions sooner or later [will happen], that too will impact Pakistan,” Khan stated to the BBC network in an interview that aired on Tuesday.

Khan declared that his nation was particularly concerned about the refugee crisis and humanitarian situation if a civil war occurs and the potential for Afghan land to be utilized by militant groups fighting government troops. Pakistani government.

“It will mean an unstable, a chaotic Afghanistan,” he added.

Khan claimed that Pakistan will press the Taliban to form a political and ethnically inclusive government “because there will not be any long term sustainable peace or stability unless all the factions, all the ethnic groups, are represented.”

The international community and Afghanistan’s neighbors are considering their options to confront hardline Islamists following the Taliban overthrew the country in March.

Khan has also urged the Taliban to allow Afghan girls to continue to study as they consider the ban on females attending secondary and high schooling un-Islamic.