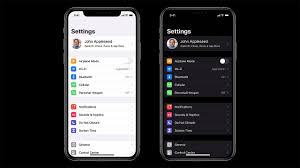 Preparing to darken the WhatsApp|WhatsApp, the largest mobile application for messaging has decided to introduce new features to its users. WhatsApp has more than one billion users worldwide, and the company introduces new features every day to attract new people. WhatsApp also introduced a number of features, including status Facebook sharing, which some users did not like so far this year, as a feature caused the problem of high battery consumption. WhatsApp will also soon be introducing the Dark Mode feature, which is being tested in the early stages, according to a report by WA Beta Info, a mobile app monitoring company. For users using the Dark Mode theme or feature, the background of the app will be darkened and the mobile battery will be less expensive. According to the report, the WhatsApp Dark Mode feature will be first introduced to iPhone users. The deadline for the feature introduction has not been announced by the administration.