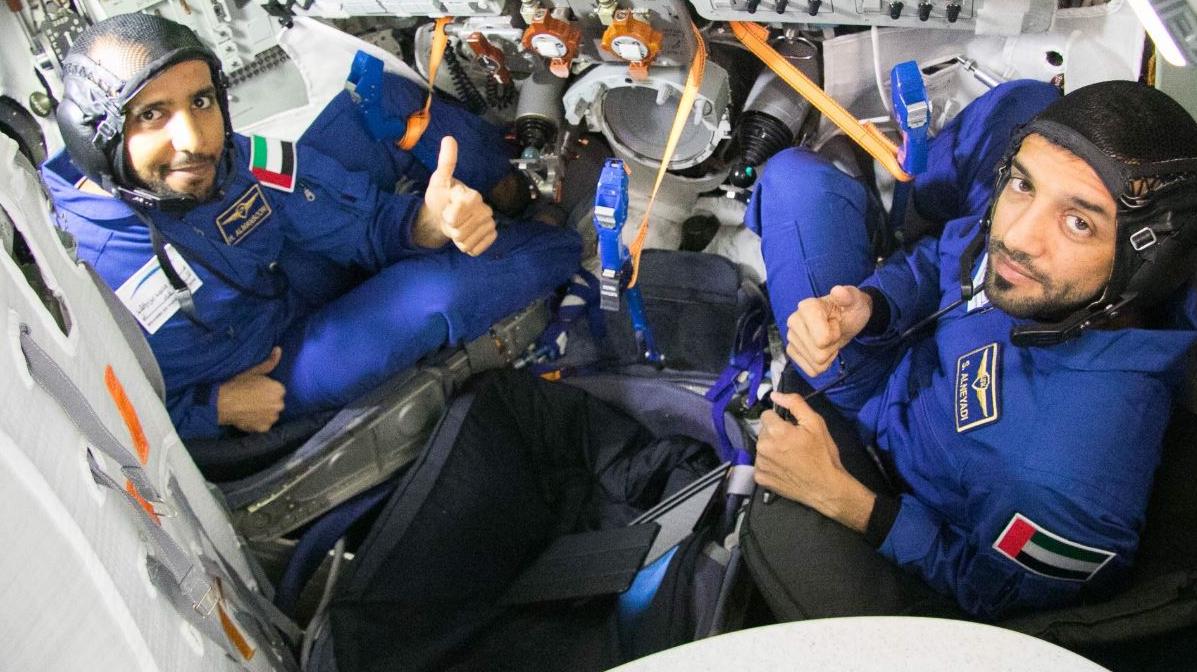 Praying in space too

Praying in space too

United Arab Emirates astronaut Hada al-Mansouri departed Kazakhstan on Wednesday by Russian spacecraft and arrived at the space station after six hours’ travel. Along with thirty-five-year-old Al-Mansouri, Russian astronaut Oleg Skripchukova and US astronaut NASA’s female astronaut Jessica Mir were also present. A large number of people gathered at Dubai’s Mohammed bin Rashid Space Center to watch the mission and chanted slogans on the spacecraft’s departure, calling Mansoor a national hero. On this occasion, Burj Khalifa, the world’s tallest building in Dubai, was photographed with the help of light. Al-Mansouri will spend eight days at the International Space Station and perform routine activities at the station. Al Mansouri will return to Earth on October 3 with Nick Hague and Russian astronaut Cosmonaut Alexei.vOne day before going into space, al-Mansouri said in his tweet that his old dream was being fulfilled. May Allaah succeed this mission.

Before leaving space, al-Mansoori said in his statement that he would continue his prayer and release his video at the International Space Station. He says he has experience in praying out loud. When he was a pilot, he also prayed during the flight. Before leaving for space on Wednesday, NASA astronaut Nord Jessica Mir said astronauts use ‘colorful’ language to communicate, which is English and Russian. “Now we need to master Arabic,” he said…