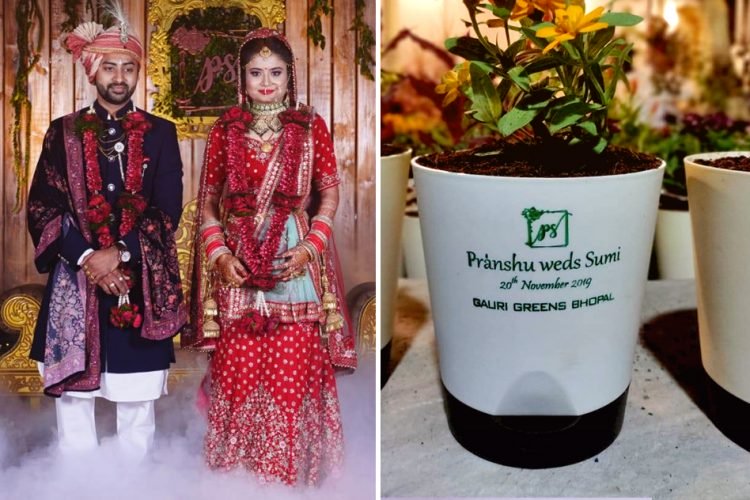 Potted Plants Replace Wedding Cards in India |Selection of ‘plants’ in place of cards in wedding invitations. By the way, most Eastern wedding ceremonies are held in Dhoom Dham, but in recent years it has been seen that people are coming up with new ideas in their weddings, some of which are interesting, though some may surprise the viewers.

Someone is sitting on an elephant at his wedding, while someone is making millions of wedding cards. But the young man from the Indian city of Bhopal surprised everyone by choosing the place of card plant in his wedding invitation. According to the Indian Express report, businessman Pranshu Kankin and his brother Pratik have always wanted to have a wedding ceremony that is environmentally friendly. Pranshu chose plants as invitations to invite guests to his wedding party.
In an interview, Pranshu’s brother Pratayk said, This idea came to us when we started to think of ways in which food is not wasted in marriage, we replaced people with paper cards through e-cards. I started sending invitations and requested that they respond.