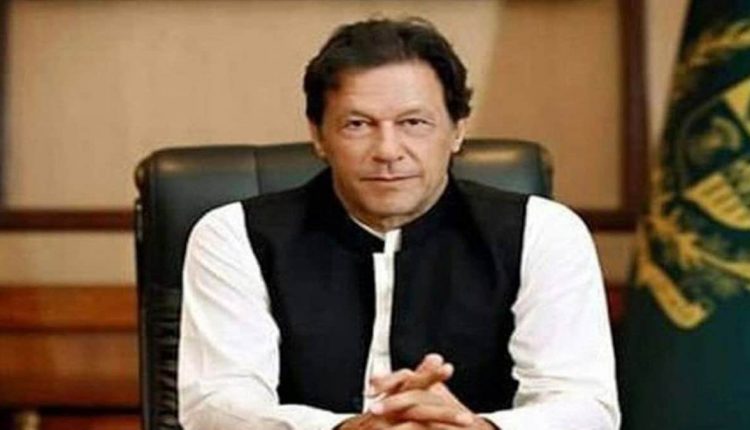 14th August The Day Of Pakistan Independence “Pakistan can now stand tall among the comity nations.”

Prime Minister Imran Khan’s message to Independence Day was sent in a series of tweets by the Prime Minister’s Office. The premier said that Pakistan today can stand tall amongst the comity.

tweet added that “Our policies towards reviving and handling the pandemic and protecting the environment have been universally acclaimed.”

Prime Minister said that the nation had “surmounted immense challenges throughout history to emerge as a united, peaceful, and resilient nation.” He added that, like other times in its history, it would face new challenges today with “our characteristic determination and come out stronger.”

“Pakistan will continue its support for the Kashmiris in their just cause.” He said that Kashmiris look up to the international community for the fulfillment of their promises.

He also reiterated Pakistan’s support for a negotiated political solution to ensure stability and durable peace in Afghanistan.

He stated, “We want peace inside and without, to pursue the socio-economic agenda.”

Pakistanis celebrate today’s 75th anniversary of Independence with traditional enthusiasm and fervor. In cities all over the country, commemorative ceremonies are held to mark the occasion.

Radio Pakistan’s celebrations started with a change of guard ceremony at Mazaar-i-Quaid in Karachi and Mazaar-i-Iqbal, in Lahore. There was also a 31-gun salute inside the capital, followed by 21-gun greetings throughout all four province capitals.

“Pakistan has the potential to be a developed country.”

The highlight of the celebrations was Aiwan-e-Sadr, Islamabad’s flag-raising ceremony.

The chief guest was President Dr. Arif Alvi, who congratulated the nation for completing 74 years of Independence.

He thanked Allah for helping Muslims in the sub-continent obtain their homeland and said that freedom was a great blessing.

He said, “Today, we should reflect upon the difficulties faced during Pakistan’s freedom.”

He said, “It’s because of their sacrifices that today we are here,”

According to the president, in the past 74 years, “three wars have been forced upon us.”

He said that there is an ongoing war for weapons in the region, and Pakistan has been [deliberately] trapped.” He added that Pakistan, an agricultural country, was able to meet its food needs and was now moving towards becoming an industrial nation. He stated that the government was also making progress in the field of information technology.

He recalled the achievements of Pakistan in the past seven years. After India’s nuclear explosion in 1974, Pakistan established an atomic deterrent within seven years.

The president also stated that Pakistan was fighting terrorism since the Afghanistan situation got worse.

He praised Pakistan’s police and armed forces for their bravery in fighting terror and “setting an example.”

Further, the president stated that “we are all witnesses to [the] actions of nations that claim they are champions of human rights.”

“Compare them to Pakistan… They let refugees drown in rivers and seas, but they don’t provide refuge.” Pakistan [on the contrary] gave refuge to 3.5 million refugees.

He said that the nation has stood firm in the face of multiple challenges.

The president appreciated the government’s response to the coronavirus pandemic. He also launched the Ehsaas program, appealing to citizens for compliance with Covid-related operating procedures.

He said that “our success against the coronavirus was our strength” and added that, while the country fought the pandemic based on the principles of welfare, it also made progress in its economy.

He stated that Pakistan has the potential to be a developed nation and encouraged citizens towards this goal.

The president observed that Pakistan had become a part “of those powerful nations that can protect themselves through nuclear weaponry.”

The president also called the attention of international communities to India’s atrocities committed in occupied Kashmir and expressed solidarity for the people of the valley.

He said that “they [the Indian government] are moving towards genocide” and added that peace in the region was impossible due to the influence of the “Hindutva ideology.”

Alvi, President of Afghanistan, also called for peace and expressed hope that the country would find peace.

“3,500,000 Afghan refugees arrived in Pakistan, and we provided refuge without relying on anyone else, showcasing hospitality”, President Alvi noted, noting that while other countries sometimes allow refugees to drown, Pakistan has strengthened its ethical standards.

He spoke of other problems facing the country, including the earthquake in 2005 and the flood in 2010.

Watch How Pakistanis Celebrates Their Day Of Freedom

5 Steps To Become Stylish And Fashionable