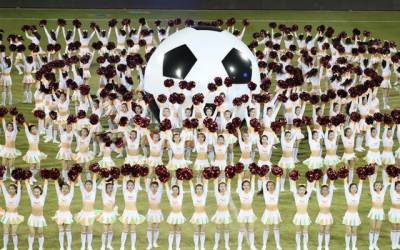 Pakistani students attend the Chinese football league opening ceremony|The Belt Android Football League is organized in the Chinese city of Hangzhou, with students from universities participating in the league, and more than 30 students from Pakistan are also participating. More than 30 students from Pakistan are also participating in the colorful opening ceremony, organized by the Belt Android Football League in Hangzhou, China. A total of eight teams are participating in the event. Traditional Chinese performances were also held during the inaugural ceremony. The event will last for about four weeks and the final will be played on December 22. The event will last for about two weeks and the final match will be played on December 22, with the league’s winning team 50,000 yuan and the runner-up 30,000 Chinese yuan prize set in these competitions, says organizer Chian Cherang of the match. It is a golden opportunity for foreign students to represent their cultures in China and to learn about Chinese culture and society. Organist Chian Cheng added that the Kellet and Road International Students Football League is actually based on the spirit of the Belt and Road Cooperation, Student Noman from Pakistan said it was a great opportunity to introduce Pakistani football to China and thus. I am proud to play Pakistan as a team.