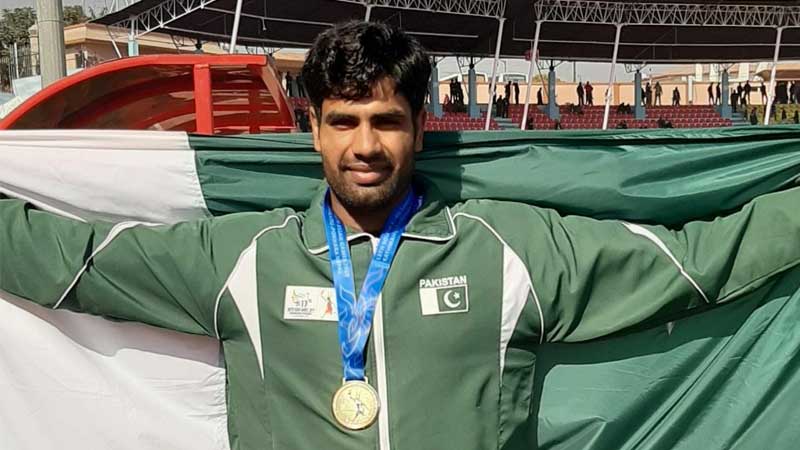 Pakistani javelin qualifies for the 2020 Tokyo Olympics directly |Arshad Nadeem made history by qualifying for the Olympics directly. Arshad Nadeem, the national athlete at the 13th South Asian Games, has become the first Pakistani athlete to directly qualify for the Tokyo Olympics, with a new history. Pakistan’s Mohammad Arshad Nadeem has set a new record in the Asian and National Games by throwing 86.23 meters in the South Asian Games in Kathmandu, Nepal. Earlier, India had the highest ever throw record in the javelin throw which was 83.23 meters. In this competition, Shivpal Singh of India finished second with 84.16 meters and improved the record for his country, while Sri Lanka’s Srimadha Jagat finished third with 74.79 meters. Arshad Nadeem won the gold medal and also qualified directly for the Tokyo Olympics in 2020 and became the first athlete in Pakistan’s history to qualify for the Olympics.
Under the law, in the 100-meter race, they make it to the Olympics within 10 seconds, while in the same way, the javelin throw has a limit of 85 meters, and within it, distance runners are eligible to participate in the Olympics. Earlier, in all sports except hockey, Pakistani athletes used to participate in the Olympics on the basis of a wild card. Arshad Nadeem expressed his disappointment over winning a gold medal and making a direct appearance at the Olympics, saying that if he had the opportunity to prepare well, he could get a medal for Pakistan at the Olympics. Pakistan has also secured a place in the semi-finals after winning all four wrestling events in the event. Remember that Pakistan has won 24 gold medals in the South Asian Games so far.