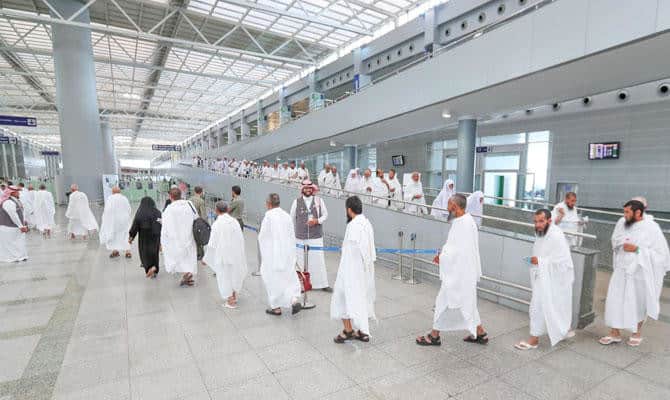 Pakistan first in the list of Umrah pilgrims |Pakistan comes first in the list of Umrah pilgrims. So far this year, 4 lakh 50 thousand 11 Pakistanis have received Umrah. In Saudi Arabia, the new Hijra season begins with the first Muharram. After this, millions of visitors have received Umrah so far. The Saudi Department of Statistics reports that as of this year, the number of Pakistanis in the Umrah is still high in the Umrah this year. According to the statistics of the Department, 22 Rabi-ul -ani 1441 A total of 22 million 12 thousand 690 visas have been issued to persons from around the world. Out of which, 17 lakh 82 thousand 554 people have come to Saudi Arabia to pay Umrah. However, the number of people returning to Umrah with the help of Umrah is more than 13 lakh 73 thousand. This time, too, Pakistani visitors are leading the payment for Umrah.

According to the statistics of the department, so far 4 lakh 50 thousand 11 Pakistanis have received Umrah. Indonesia is the second-largest visitor to the list, with the number coming from Indonesia is 3,399,993.

Indian visitors are third with 2,383,981. In the list of immigrants, Malaysia ranks fourth, Turkey fifth, Bangladesh sixth, Algeria seventh, Iraq 8th, Iraq ninth and Jordan 10th. One million 10 thousand 739 from Malaysia, 85 thousand 808 from Egypt, 70 thousand 626 from Algeria. Over 64,238 people arrived in Saudi Arabia for Umrah. 61 thousand 111 from Bangladesh, 37 thousand 191 from the United Arab Emirates and 27 thousand 540 from Jordan. According to the Ministry of Hajj and Umrah, the highest number of pilgrims have arrived in the country with a total number of 17 lakh 5 thousand 567. In the last Umrah season, most of the visitors came to Pakistan because of Umrah in Saudi Arabia. Whose numbers were recorded over 16 million? This year too, most visitors are likely to come from Pakistan for the purpose of Umrah. Because the Saudi government has increased the Umrah quota for Pakistanis by 18%, it will allow millions of more Pakistanis to get Umrah. According to the information released by the authorities, the number of passengers arriving by airplane was 17.55 thousand 567, while 76 thousand 882 people arrived in Saudi Arabia by land route and 105 by sea.

Indie Fashion What You Should Know About It