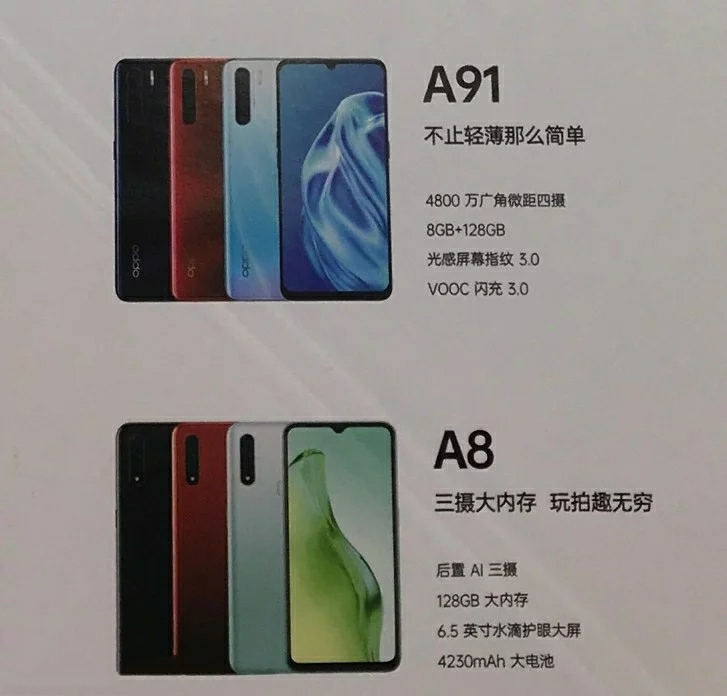 The phone has 8GB RAM and 128GB storage with MediaTek HelioP70 chipset. Storage can be expanded with a microSD card. The phone’s battery is 4000mAh, which is 30W VOOC 3.0. Supports fast charging. Oppo 91 has Android 9 based color OS 6.1 installed. Pre-orders for this phone have started. It costs 1999 yuan or $ 285. The sale begins on December 26. Oppo A8. The entry-level OPO8 has a 6.5-inch HD Plus IPS panel, with an aspect ratio of 20: 9. The display has a water megapixel 8-megapixel selfie camera. The main camera in the triple camera setup on the back of the phone is 12 megapixels and two cameras 2 megapixels. There is also a fingerprint scanner on the back of the phone.
The function includes 4GB of RAM and 128GB of internal storage with the Helio P35 chipset. The phone has 4230 mAh battery but it does not support fast charging. This phone has Android 9 pie based color OS 6.1 installed. The phone is priced at 1199 yuan or $ 170. Its pre-orders have just begun, but regular sales will start on December 26.