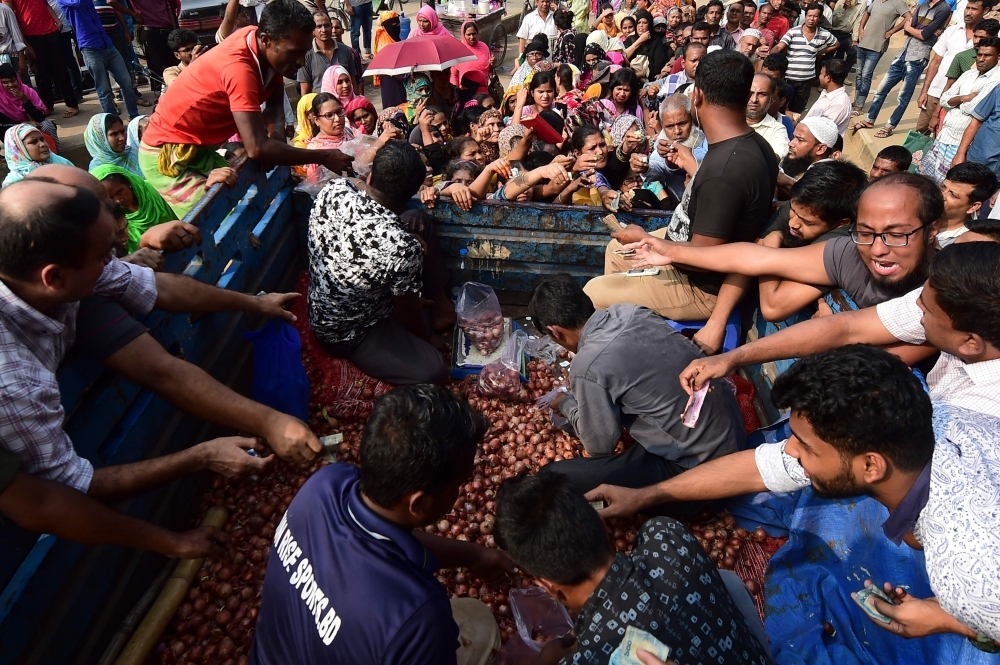 Onion prices hit record levels in Bangladesh | Dhaka Bangladesh has decided to import onion by air as food prices reach the highest level in the country. In Bangladesh, onion prices have risen so much that even Prime Minister Hasina Wajid has been forced to cut her menus. According to the AFP report, the onion crop in India had suffered a significant loss during the recent monsoon season and production was below normal, which forced the export of neighboring countries.

Onion prices are a sensitive issue in South Asia, where shortages can cause widespread dissatisfaction and political problems, and due to Indian exports to Bangladesh, its prices have increased. It should be noted that in Bangladesh, staple vegetables are generally available at a price of maximum Taka 30 55 Pakistani rupees per kg, but since the ban, prices have risen to 260 Taka 476 Pakistani rupees per kg. In this regard, Hasina Zahid Tosher, Deputy Press Secretary, Hussein Wajid said, “Onions are being imported through the air freight community and the Prime Minister has stopped using onions in his food. He added that ‘no onion was consumed at the Prime Minister’s residence in Dhaka on Saturday. On the other hand, according to Bangladeshi media, several shipments of onions have arrived at Chittagong Airport after being expressed by the people who have been invited from Myanmar, Turkey, China, and Egypt. In addition, onions were also sold at a discounted price by the Trading Corporation of Bangladesh TCB a state-owned trading corporation in Dhaka, for which hundreds of people stood in queues to buy low-priced vegetables, but some also quarreled.