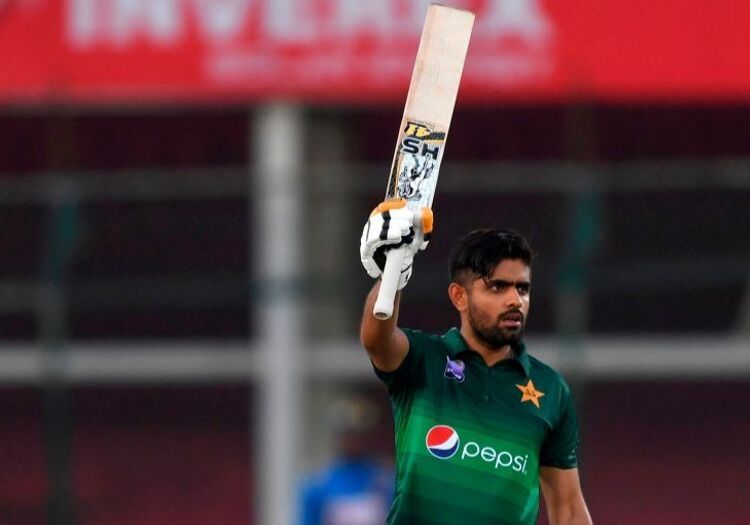 National Record Babar Azam scored more than Twenty centuries in one year|Top-order batsman Babar Azam has made a national record of scoring more than half a century in T20 cricket. The 25-year-old Prime Minister made a name for himself while scoring 83 runs in Central T20 tournament while scoring more than fifties in one-off T20 cricket. He has scored 13 half-centuries this year. Earlier, the record was held by Babar Azam’s cousin, Omar Akmal, who scored 12 half-centuries in 2016, Babar Azam has scored 1470 runs in 2019 so far before Umar Akmal scored 1386 runs in 2016. Remember that Khyber Pakhtunkhwa defeated Central Punjab by 7 wickets in the ongoing National T20 Cup at Iqbal Stadium Faisalabad. Khyber Pakhtunkhwa Mohammad Rizwan decided to field first after winning the toss. After falling 2 wickets for 56 runs, Central Punjab captain and middle-order batsman Omar Akmal showed responsible play. The brilliant partnership of 111 runs was established between the two wickets.

Opener Prime Minister played an aggressive inning of 83 off 56 balls. His innings included 5 fours and 4 sixes. Amarakmal scored an unbeaten 53 off 37 balls with 4 sixes and two fours. Central Punjab team scored 177 for 3 wickets in the stipulated 20 overs. Irfanullah Shah and Mohammad Mohsen all out for 1,1. Khyber Pakhtunkhwa chased the target for 178 runs. The Pavilion also returned to an overall score of 48.
After that, Fakhr Zaman and Iftikhar Ahmed showed a responsible game. Both players added 62 valuable runs for the third wicket partnership. Khushal Shah, the young batsman who came in to bat for the fifth spot, made 46 runs off 26 balls in the closing overs to bring the team to victory. Fakhr Zaman, who scored an unbeaten 82 off 54 balls, was the top scorer from KP. His innings included 7 fours and two sixes. Khyber Pakhtunkhwa achieves the required target 2 balls ago. Central Punjab’s Senseem Shah, Zafar Gohar, and Usman Qadir got 1,1 wickets. The failure of the match left the Central Punjab team out of the semi-final.