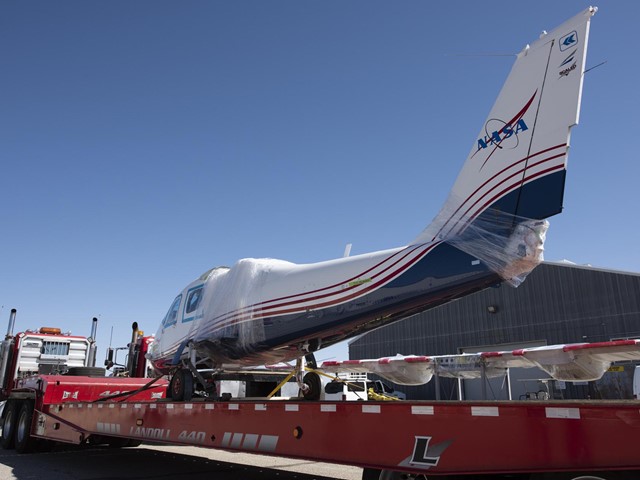 NASA launches future electric aircraft|NASA has launched a new aircraft in one of its California hubs, which is said to be fully electric and will use no other fuel. This experimental ship has been named the ‘Maxwell’ Model X57. Maxwell reported that it has 14 electric motors installed, two of which are large-sized, which will serve to fly the aircraft while the rest of the motors installed on the wings are used to lift the aircraft into the atmosphere. Will help The ship has a special lithium-ion iron designed to hold more charge and can be recharged in less time. The private sector is also working on the construction of irrigated aircraft. NASA says the purpose of its electric aircraft is to provide guidance to the private sector. NASA has been operating on ‘X57’ aircraft since 2015 and says it has at least one year left on its pilot flight from the Edward Air Force Base, during which the aircraft is finalized and all its tests. It will be completed. NASA says Maxwell is an environmentally friendly ship that does not pollute. It also does not produce noise, as the electric motor is mostly noiseless. Electric motor oil is not as complex as conventional fuel engines and is easier to maintain, and above all, electric motors are much lighter in weight. If the aircraft is lightweight, it can carry more passengers and can travel longer distances. Electric or fleet-powered aircraft are still in their early stages, as scientists have not yet been able to build a fleet that can hold more charge, weigh less and recharge faster. Yes. This is why it is currently not possible to use electric aircraft for long distances. The electric planes that are currently in operation are for shorter distances and fewer passengers and will be used as air taxis. Currently, it is estimated that electric planes will be able to cover 100 miles on a single charge.